The long history of the B.A.S.S. Chapter Championship had always seen the organization hold the season-ending event on a southern impoundment.  In typical Ray Scott fashion, for the 1979 event, Ray wouldn’t just take the championship out of the south, he took it out of the country, holding the first B.A.S.S.-sanctioned event north of the border at Lake of the Woods, Ontario, Canada.

Asked why he decided to hold the event in a foreign land, Ray Scott’s reply was, “when we have the Chapter Championship in the South, the northern states complain.  If we have it in the North, the southerners complain.  So, we decided to go out of the country and let ‘em all complain.”

Six-man teams from 34 states would vie for the championship title and one lone angler would qualify for the BASS Masters Classic, to be held September 26-28 on Lake Texoma.

Lake of the Woods, a 1,680 square-mile body of water, features over 14,000 islands and 65,000 miles of shoreline.  Not only was Lake of the Woods bigger than any other venue visited in the past, but it was also a natural lake, not the impoundments B.A.S.S. normally visited.  This feature threw the southern teams for a loop, even the Florida team who had experience on natural lakes.

The event also threw the Lake of the Woods locals a curveball.  Never had the locals or guides seen a largemouth bass caught at the massive lake.  The first-day weigh-in would provide proof the lake not only had largemouths, but tournament-class largies to boot.

A report of the day-to-day events wasn’t covered in the November/December issue of Bassmaster Magazine, so details are limited.  What was presented is a summary, which is what this report is based on, plus excerpts from the 1979 Bass masters Classic Press Guide.

As stated above, the southern teams had a hard time figuring out the northern-tier bass.  To the contrary, the Yankee teams used their knowledge of northern-tier natural lakes to take an early lead.  David Brind, a 19-year-old on the New York team, took the early lead in the individual point standings with a 6-fish limit that went 17-13.  Brind’s catch helped lead the New York team into day two in the 6th spot.

Brind fished with Iowa’s Dan Schroeder that first day, on Schroeder’s water. Brind amassed 30 keepers that day plus a 24-pound musky to boot.  Schroeder, on the other hand, was only able to bring 6-01 to the scales.  Brind caught all his fish on a 6-inch Rebel Ringworm and a Bush Hog spinnerbait throwing to weedbeds.

On the second day, Brind refused to go back to Schroeder’s water, and his overall weight fell.  But his teammates were able to cover for him, increasing the team total to 90-15 and a second-place standing by the end of the second day.  The Iowa team continued to catch fish and led the event with 91-12 after two days of competition.

On the last day of competition, Brind and team weighed in 33-13 to overtake the lead and become the first non-southern team to win a B.A.S.S. Chapter Championship.  Their total weight of 124-12 bested a hard-charging Arkansas team that ended competition with 114-15.  The Iowa team finished in the third spot with 113-15.

As a note, the Alabama team, who’d won the event back-to-back, in 1977 and ’78, finished the Lake of the Woods event in 22nd place, while Florida, a natural lake state, finished in 15th.

The full team results are presented below in the table.

The race for the only Classic berth was all that was left.  Brind ended up coming in second place for the individual standings, weighing a total of 30-09 over the three days of competition.  But it was Jerry Dyer of the Massachusetts team who took the overall individual title with 31-11.

Unfortunately for Dyer, the Classic berth went to the individual who weighed the largest cumulative weight on the winning team, which turned out to be Brind.  For Dyer’s efforts, he was awarded a $4,000 Ranger Bass Boat.

Upon making the Classic, Brind became the youngest angler to ever qualify for the Bass Masters Classic through the Federation at age 19 years, 11 days old.  He nearly had the record for the youngest angler to ever fish the Classic at 19 years, 1 month and 13 days.  He was beat out by Greg Ward, when Ward fished the 1975 Bass Masters Classic at age 19 years, 2 days old.  It is hard to believe Ward’s record will ever be broken. Overall, 204 anglers caught 1,512 bass that weighed 2,694-09, with half of those representing largemouths – a fish not supposed to be in lake of the Woods.

The top individual standings for the 1979 Chapter Championship are presented in the table below. 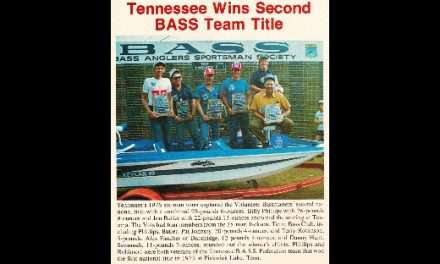 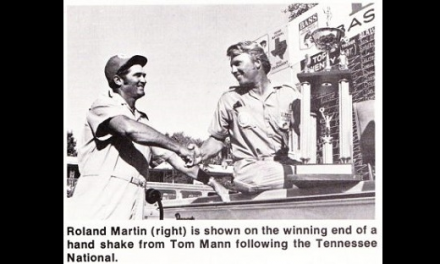 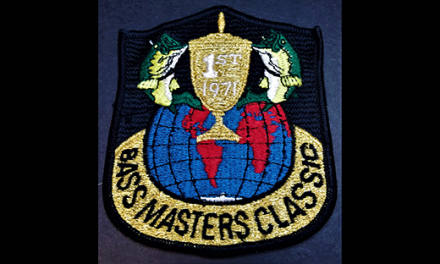 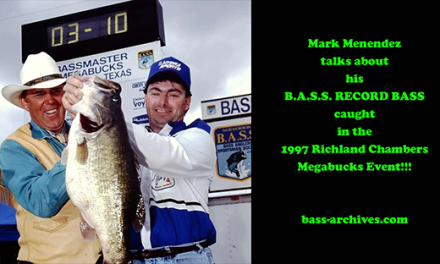