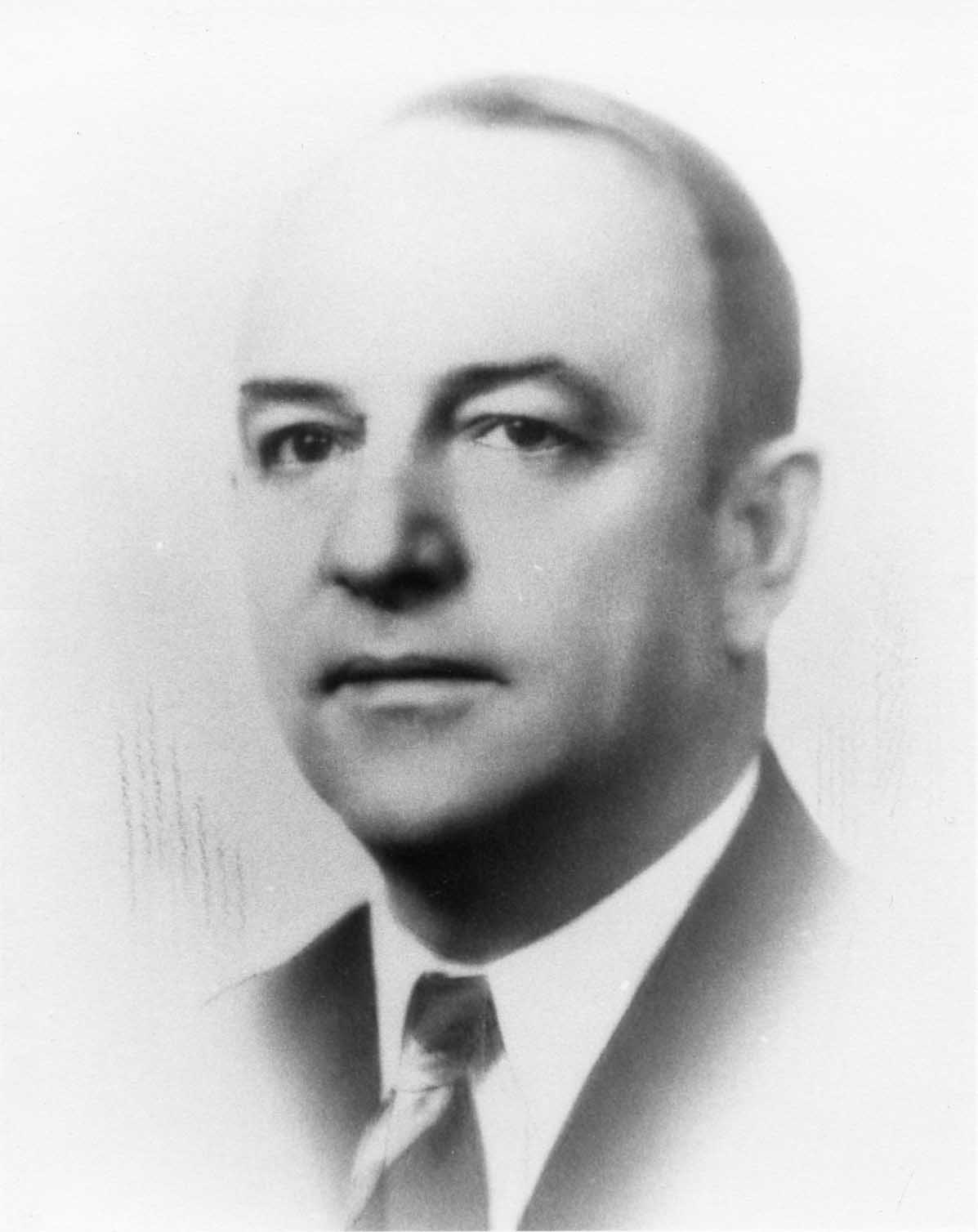 [Editor’s note: Why George Perry Part Two is an analysis of the world record largemouth bass and its controversy. In part one of the series, Ken Duke looked into the George Perry record and brought up the fact there had been a larger fish caught, weighed and analyzed in the late 1800s. In this part, Ken looks into another two fish that had been placed in world record status, one in 1923 and another in 1933 — the later a year after Perry caught what eventually became the recognized world record. To read Part One, click here.]

While not exactly a contender for world record status once Perry’s catch was certified, Fritz Friebel’s 20 pound, 2 ounce largemouth from Big Fish Lake in Florida on or about May 19, 1923 is important to the record story because it helped set the stage for Perry and established that records have the potential to deliver publicity.

Fritz Joseph Friebel was born in Brooklyn in 1893, but lived in Tampa at the time of his catch. He was an avid and talented angler who fished at every opportunity, often wading the shallow, weedy waters of Central Florida. His giant catch didn’t change his life (nor did Perry’s record fish significantly change his), but it created some marketing buzz, and it shook up the editorial department at Field & Stream. They reported on his leviathan in the April 1924 issue:

It was one of the first references to a “world’s record” and an early attempt by Field & Stream to seize authority for keeping and recognizing such marks. In 1928, Creek Chub Bait Co. would use Friebel’s catch in their annual catalog. They understood that record catches were good for lure sales, and Friebel caught his bass on their popular Pikie Minnow.

But what about H.W. Ross and his 23-2? wasn’t it a full three pounds heavier than Friebel’s bass? Did Field & Stream ignore Ross because he sent his fish’s head to the competition — Forest and Stream — or did the editorial staff even know about it? After all, the Ross bass was caught at least 35 years earlier, and this was an era before most people thought in terms of world records and when it would have been challenging to research such things.

Whatever the reason, Friebel would hold the record only three years — or more than nine years, depending on which subsequent catches you choose to recognize. He died in Tampa in 1965, and neither he nor Ross has the honor of holding Florida’s state record since their bass came well before the Fish and Wildlife Conservation Commission started keeping track of such things.

The next contender for bass fishing’s throne was the biggest yet — if you believe the story Field & Stream was telling in the 1920s and early ’30s. In retrospect, it stretches credibility well beyond the breaking point. 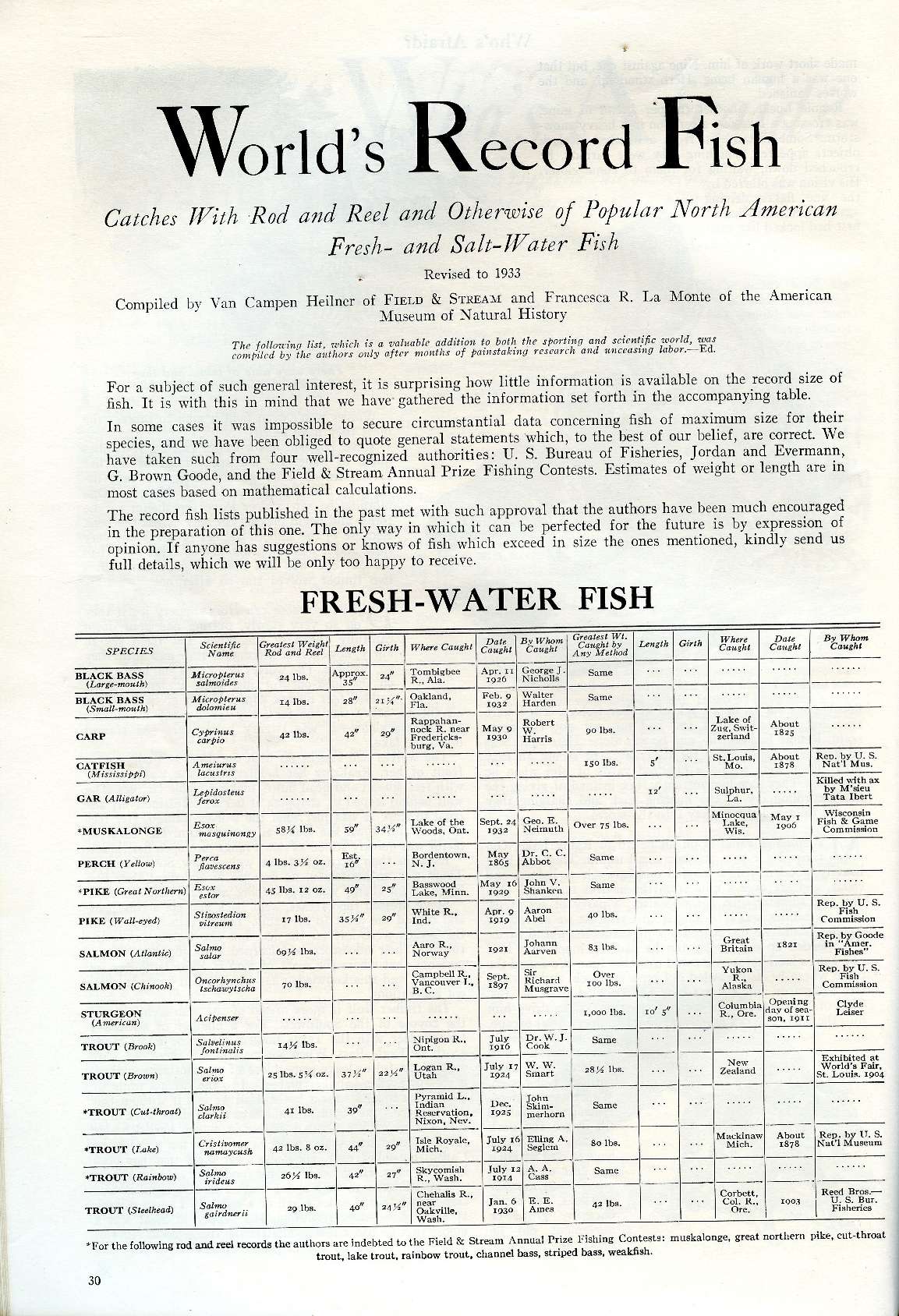 We know almost nothing about H.W. Ross and quite a lot about Fritz Friebel, but I’ve been able to dig up only a little about George Johnston Nicholls. He was born in Fosters, Ala., in 1872, the son of Andrew Barry Crook Nicholls and Mary Ellen Foster Nicholls. In 1901, he married Ellen Josephine Smith, and they had six children together.

Little is known of Nicholls’ skills as an angler. The sum of his accomplishments seems to be recorded in a couple of issues of Field & Stream. Of import to us as bass fishing historians is that Nicholls claimed to have caught a 24-pound largemouth bass from the Tombigbee River in Alabama on April 11, 1926. He reported the bass as approximately 35 inches long and with a girth of 24 inches.

In the February 1933 issue of Field & Stream, Nicholls’ catch was listed as the world record for Black Bass (Large-mouth). This is eight months after Perry’s catch and nearly as long after his affidavit would have been submitted to the magazine. (Contest rules required that “Affidavits must be in within three weeks from the date the fish was caught….”)

Clearly someone at Field & Stream bought into the Nicholls story. Not only did he win their contest in 1926, but he was listed as the record holder in 1933. He seemed secure in his spot atop the bass fishing mountain. And why not? His bass was nearly a pound heavier that Ross’ and almost two pounds heavier than Perry’s.

Our 21st century perspective on the Nicholls bass asks more questions than it answers. The fish is fully a third larger than Alabama’s current state record (16-8) and probably twice as big as any other bass claimed in that state to that time. The current record (caught in 1987) benefitted from Florida bass genetics that hadn’t been imported into the Tombigbee in 1926. 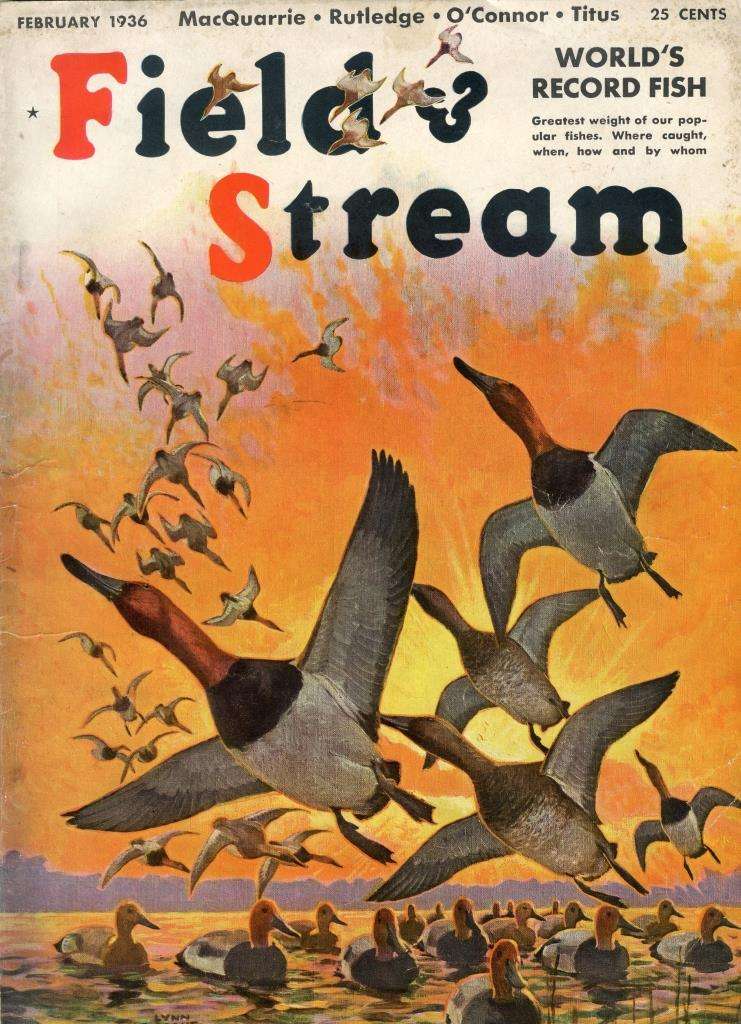 Is it possible that a legitimate 24 pound largemouth was taken from the Tombigbee River in 1926? Absolutely! But it’s just as plausible that an elephant could stand flat-footed on the ground and jump to the top of a five-story building.

Did it take Field & Stream more than seven years to question the veracity of Nicholls’ claim? Perry’s bass wasn’t reported as a record until February of 1936 (just above a 14-pound smallmouth that would later be disqualified — another story for another time).

So why Perry? Why not Ross … or Nicholls?

The annual Field & Stream big fish contest started in 1911, and the magazine went through a lot of contest applications to find their winners and record holders over the years. That they selected a world record holder who did not also have the heaviest entry in the largemouth bass category is still a matter of some curiosity. 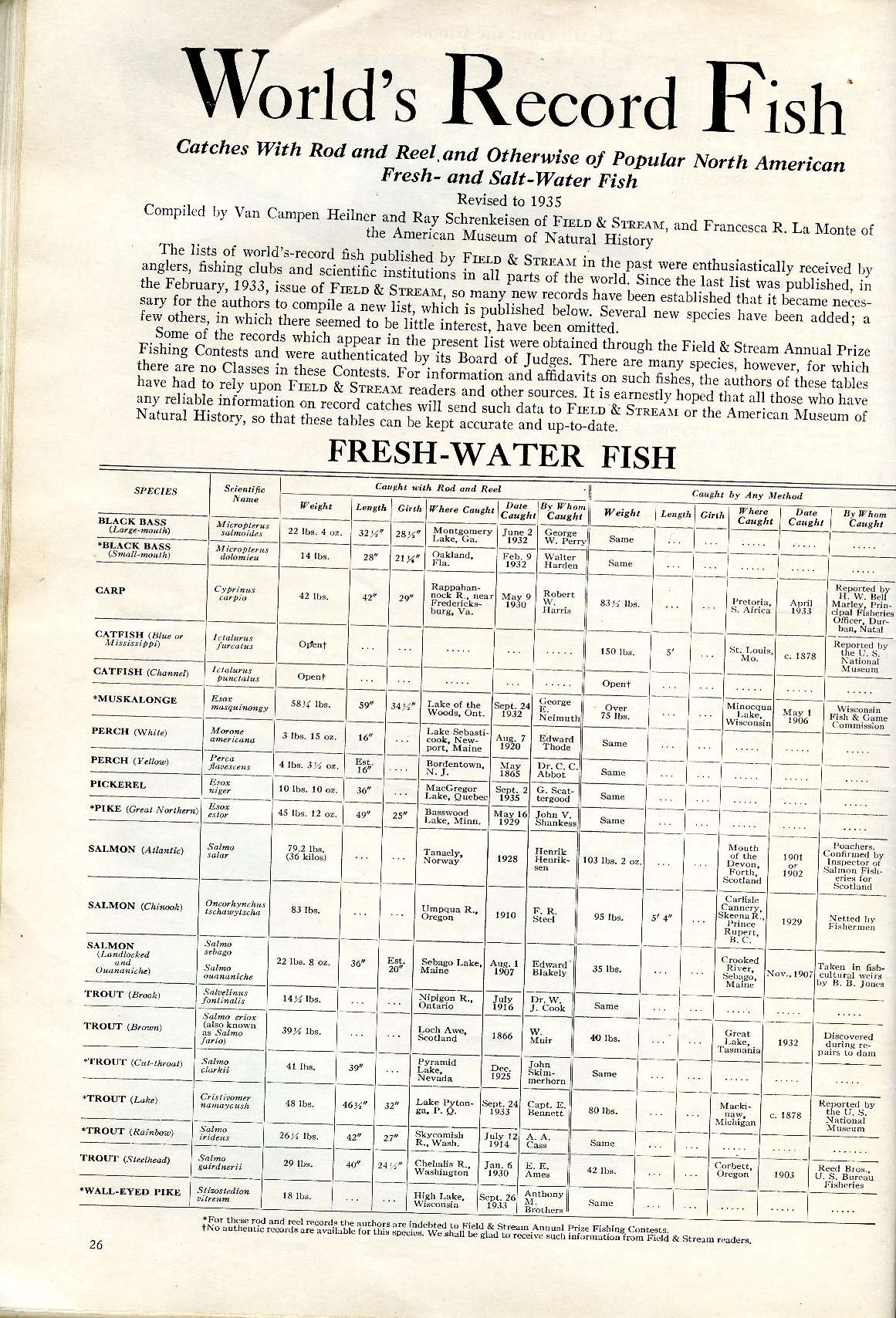 Unfortunately, no one’s talking. Ross has likely been dead for a hundred years. Nicholls and Perry both died in Alabama — the former in Tuscaloosa in 1952, and the latter in 1974 when the small plane he was piloting crashed into a mountain near Birmingham. None lived to see the celebrity that a world record would offer after the “bass boom” of the 1970s.

In the end, Perry’s claim prevailed, and his mark of 22 pounds, 4 ounces stands as the Holy Grail of bass fishing. The veracity of any of the claims hardly matters now. What matters is the number, and until it has been vanquished it lives in the collective conscience of bass anglers everywhere.

[We’d like to thank Ken Duke for his thorough work on this fine piece. It is without a doubt the most well thought out and rigorous investigation anyone has ever done on the world record largemouth bass and its history.] 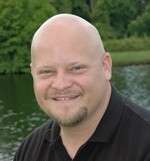 Ken Duke is the former Bassmaster Senior Editor of Publications and currently resides at Fishing Tackle Retailer as their Managing Editor. Ken's passion for the sport isn't just about catching bass and becoming the Florida Swimbait Guru (FSG), his real passion lies in the history of the sport. His knowledge covers all spans of bass fishing, whether it's who owns what records, the most prolific baits over time, or what was the first-ever bass tournament, Kens knows the story. 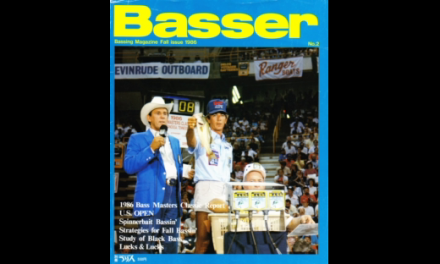 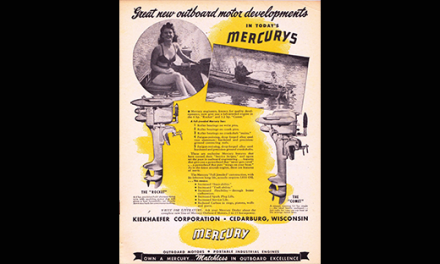 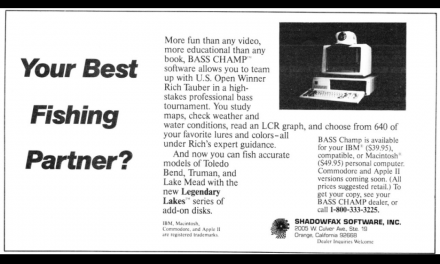 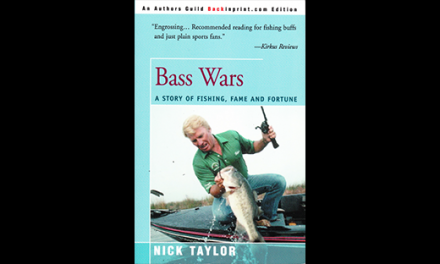