When this site first started back in March 2012, Stan Fagerstrom became one of the early supporters of the site.  A year later, during one of our frequent conversations on the phone, he asked how he could help with the site.  That conversation led to Stan’s monthly column, Let’s Look Back.  Stan provided nearly 40 entries over that first iteration of the site and I feel it only respectful we start putting some of those articles back out for all to enjoy.

If you’ve read my last column, you know I had made plans to teach my best friend a few things about bass fishing.

That friend, a great guy named Larry Peeples, had never fished for bass. He had caught his share of trout and steelhead but Larry, like lots of other anglers in the Pacific Northwest at that time, didn’t have much interest in bass fishing. He had asked to accompany me on an evening trip just to see why I liked it so much.

I knew he didn’t have any bass gear so I went out and purchased duplicates of three of my favorite lures for log pond bass. As I’ve mentioned before, the various log ponds were simply backwaters of the big Columbia River. The major lumber companies operating out of Longview, Washington used those ponds for log storage.

The ponds were home to a sizeable population of bass and crappie. It was usually largemouth bass those of us who fished the log ponds were after. There were darn few smallmouth in the lower Columbia at that time.

Visit the Columbia River today and you’re likely to hear a whole lot more about smallmouth than largemouth. Today the big river is producing some of the best smallmouth fishing in the Western United States.

Larry and I drove down to the log pond when our work at the newspaper was over for the day. Once we parked and walked down to where I wanted to fish he pulled out a small tackle container he’d been carrying in his fishing vest.

“Let me see what you’ve got there,” I asked. There wasn’t much. He had a few small spinners and four or five spoons of different colors. I wasn’t at all impressed.

“Larry,” I snorted, “that stuff you’ve got there ain’t gonna work for these log pond bass. You’ve got to have something that looks at least a little like the stuff they’re feeding on. I’ve got a couple extra plugs that I’ve been catching ‘em on down here. Here’s a couple for you to try.”

Larry took the lures I handed to him and promptly stuck both of them into one of the pockets of his fishing vest. “Thanks,” he said, “but I want to give this red and white spoon a try for starters. I’ve caught everything from steelhead to pike on the darn thing. I just want to see if maybe these bass you’re always yakking about might also take a whack at it.”

“Go ahead,” I said, “but you’ll be wasting your time. Like I’ve been trying to tell you, these largemouth are too smart to smack that crappy stuff those dumb trout go after.” Then I turned and waded out to a spot some distance away where I had been taking bass sometimes on previous trips.

I started out throwing a floating/diving lure called the Heddon Basser. I’d managed to catch a few bass on this lure before I’d gone off to fight in World War II. The only one I had at the time was in what the Heddon Company called a rainbow finish. The only way I’d ever fished it was to throw it as far as I could and then reel it back in at different speeds.

We’d fished less than 15 minutes when I heard my pal Larry let out a holler. I jerked around from where I was standing to see him fighting what was obviously a fair-sized fish. Seconds later he backed up into shallows. Then he reached down and yanked a nice three pounder out of the water.

“Hey, Old Basser!” he shouted, “this one wasn’t as smart as you thought. I got him on that red and white spoon I showed you.”

Right, here’s where the long story gets short. I mentioned in my previous column that the more I thought I knew about bass fishing in those early days away back in the middle of the past century, the more often I got my butt kicked.

Some of those experiences I had early on convinced there’s much to be said for the slogan my good friend Heidi Roth, former editor of Yamamoto’s Inside Line Internet magazine, often uses. It’s this: “Even a fish wouldn’t get caught if it just kept its mouth shut.”

On that evening at the log pond Larry did a very thorough job of teaching me just how true that is. He wound up nailing four fish on that damn spoon of his before it got dark. Me? I caught one small fish I released and lost a second that threw the hook when it jumped.

I let Larry do most of the talking on the way home. But you know something else? Sometimes getting your butt kicked provides a terrific incentive to learn. At least it did for me. Before I got back to that log pond again, I had a half dozen of those spoons Larry caught his fish on.

I didn’t bother to tell Larry anything about it, but I promised myself I’d learn every blasted thing I could think of in learning how to use them effectively. It took a little time, but learn I did. I don’t know if largemouth bass still exist in the log ponds I’ve been talking about. I’ve not been there for many years and today all one usually hears about Columbia River bass is regarding smallmouth.

But I do know this. If I were to get back there tonight, the particular spoon I wound up catching a passel of largemouth on as a result of Larry’s butt kicking would be the first lure I’d throw at ‘em.

Catch my next column here at The Bass Fishing Archives. I’ll tell you about that particular spoon. I’ll detail exactly what it was and, more importantly, where and how I fished it. You might just pick up an idea or two that you can use in your own fishing. 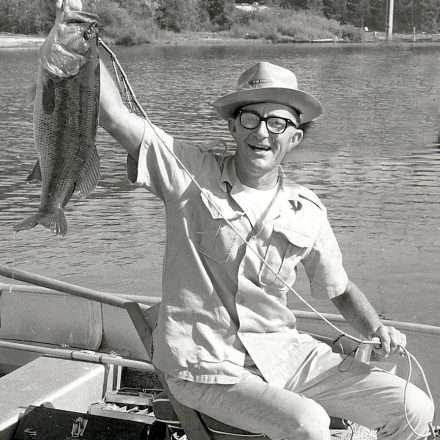 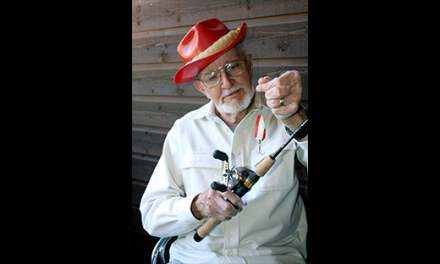 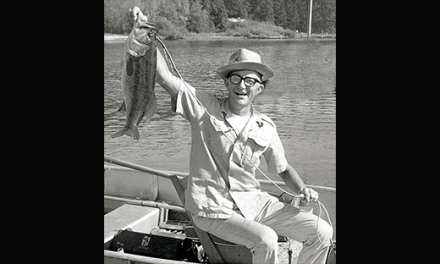 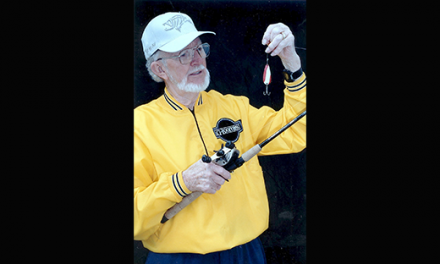