Stan Sloan will forever hold the distinction of being the first angler to win a Ray Scott event – winning the first All-American held on Beaver Lake in 1967. Sloan also claims another first, that being the man who designed and built the bait that won the first Bass Masters Classic in 1971 at Lake Mead, NV. If you don’t remember, it was Stan Sloan who owned the Zorro Bait Company and manufactured the Aggravator spinnerbait.

Over the course of his bass fishing career, Sloan never fished a full year on the Bassmaster Trail. The closest he came to that was the 1973 season where he fished five events. Most years he only fished two or three events, due to his job as a police officer, yet he made the Classic the first five years in a row.

Sloan’s Zorro Aggravator spinnerbaits were some of the most-used spinnerbaits of the time – winning numerous events in the early years. After Murray won the Classic, he retired from the force and went full time making baits.

By the time 1976 rolled around, Sloan knew he had to expand the business and offer something other than the Aggravator. He needed to come out with a couple new lures to fill gaps in his line of products.

In 1975, when Dee Thomas introduced the Flippin’ technique to the Bassmaster Trail, he may have chalked Thomas’ win up to a fluke. But Dave Gliebe changed all that in 1977 with a number of wins using the technique – thus marking Sloan’s foray into producing a flippin’ jig.

The jig was unique in that the head had a post to which you could attach a plastic worm or grub trailer and rig it weedless – a first of its time. The jig also came with or without a skirt allowing the angler to choose between a bulky bait or not.

The second bait he introduced that year was also out of a need to follow the industry – and some recent tournament wins. This time it was the buzzbait. Rick Clunn had nearly won the Tennessee Invitational on Cordell Hull Reservoir with a Harkin’s Lunker Lure in 1976 but the bait wasn’t really talked about all too much. Then Clunn went on to win the 1977 Bass Champs event held on Percy Priest, again on the Lunker Lure.

The attention of the new-style lure must have gotten the attention of Sloan as by the middle of 1977, he too had come out with what we’d call today – the traditional buzz bait.

But again, Sloan took the original design and tweaked it. This time he added noise by configuring the wire to allow the blade to contact the head of the bait and make a ticking noise. The interesting thing about this is Lindy is generally credited with this concept from their Clacker buzzbait that was introduced in the early 80s. It looks as if Sloan and his FUZZ-N-BUZZ buzzbait was the first.

Sloan was ahead of his time in a number of ways – and bait making and design was certainly at the forefront. It’s no wonder his business continued until the day he passed, and continues today under new ownership. 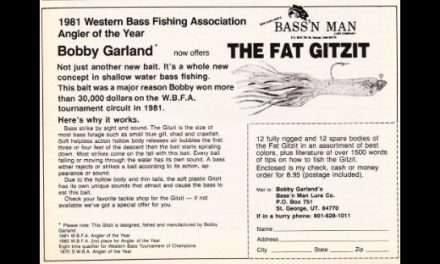 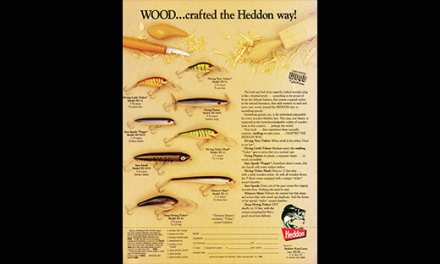 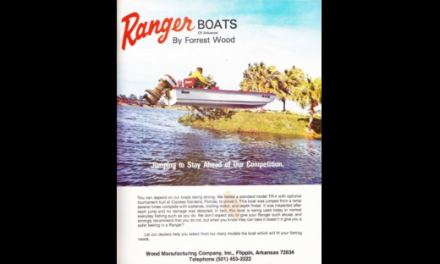 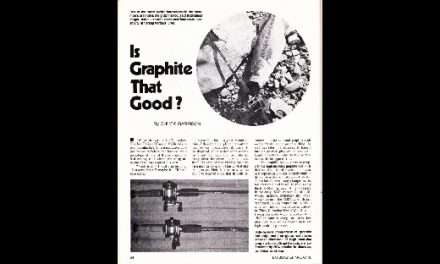