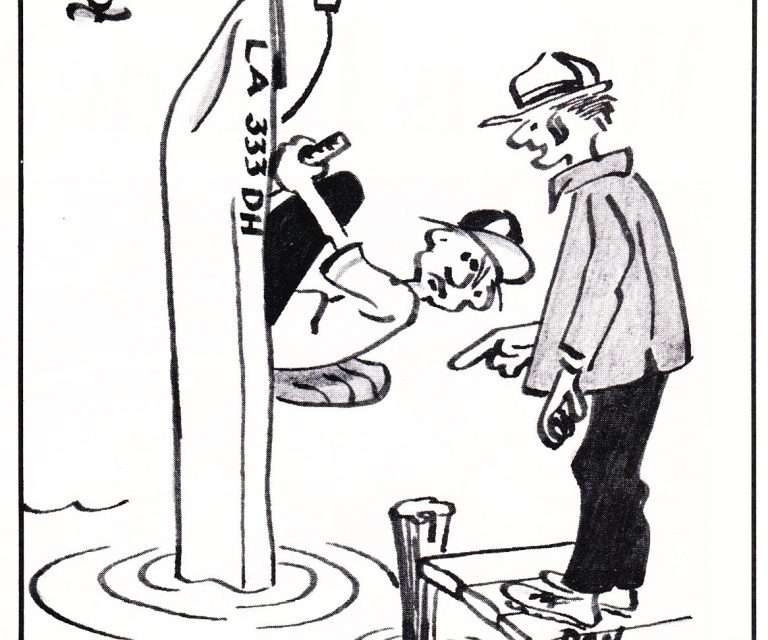 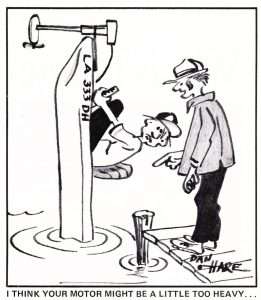 In 1971 Bass Master Magazine put out a “Call for Opinions” on the horsepower race that was beginning to take affect in bass fishing. It seems that even at that early stage of the game, anglers knew that the first to the spot could be the difference in winning $1000 or going home with nothing.

The only set of Official B.A.S.S. Rules I could come up with for the era was the original set of rules for the 1968 Seminole Lunker Tournament. They stated with respect to Permitted Fishing Locations:

Recently talking with Harold Sharp about this set of rules, he stated that these rules had changed shortly after for the following reason.

“The first set of rules used at Beaver and Smith did not contain the word ‘anchored,’” he said. “I don’t know when the word anchored was added but it became obvious that an angler could claim a 5-mile-long slough by fishing the mouth of it. So, we added the word anchored in order for that angler to be able to claim a 50-yard circle around his spot.”

If an angler couldn’t be within 50 yards of another boat, what’s the best way to guarantee you’ll be at the best spot first thing? A faster boat is the obvious answer.

So, in the January/February 1971 issue of Bass Master Magazine, B.A.S.S. asked their constituency what they thought of the horsepower race. The call asked that anglers send in their opinions and they’d be published in a later issue.

In the May/June 1971 issue of Bass Master Magazine part of the response was printed in the column, “The Bass Think Tank.” The article starts out:

“Survey at a recent national BASS tournament revealed the average Bass Boat horsepower to be over 100. This compared to 18 h.p. at the first All-American in 1967. It’s evident big horsepower fishing motors are here. The question is (1) are they necessary, (2) do they serve a purpose, (3) can experienced boatmen handle the element of danger, (4) where will the ‘Bass Boat Horsepower Race End?’”

Bass Master then printed the responses from some of their members.

Part of member Larry Senf’s (TX) response read as follows: “..It seems the ‘big’ horsepower issue really came about when BASS started putting on tournaments. It evolved from the rules. One in particular, ‘No man can fish within 50 yards of another anchored boat.’ If I had an area and thought someone else might also know about it, I certainly would want the fastest rig I could have to get there first and anchor.”

Bill Dance’s response was interesting. Here is part of his response: “Deep down I don’t know a Bassmaster that has it in mind, when buying a bigger motor, the intention of outrunning a fellow fisherman to a fishing hole. I know the tournament group I’m associated with wouldn’t do this.”

He also goes on to talk about the time savings it provides the tournament angler in a day’s fishing. He also talks about safety in the events and that, “[anglers] be ‘fined’ by deducting points from his score, for not wearing his life preserver EVERY TIME his boat is moving. Make the rule apply not only on the take-offs, but all day long.”

William L. Mason Jr., a lawyer from MO, actually had one of the best comments and one that must have reverberated strongly at B.A.S.S headquarters when he said, “We are about to have the ‘books’ thrown at us in both State and Federal courts on account of our racing tournament ‘starts’ and general reckless behavior in getting from one good spot to another.

He then went on to suggest, “….some sort of ‘staggered’ system for tournament starts.”

That above comment brought on this reaction, in the form of an Editor’s Note, from B.A.S.S. headquarters, as printed at the end of the same article. “In the interest of safety BASS has initiated staggered starts at national tournaments. Further study is underway to install a ‘flight system’ for starts by drawing regardless of horsepower.” So, there’s the beginning of staggered starts or flights.

The Editor’s Note then went on to say, “Reports have also been received of boating legislation in the mill that may limit horsepower on fishing boats to ‘approved’ rating.”

Mind you this was in the day anglers were buying 15- and 16-foot boats, rated for 70- or 80-horse motors, and placing 135-horse motors on them. Also at the time, the Boating Industry Association (BIA) was the governing body – not the U.S. Coast Guard – and their regulations weren’t as scientific as today’s standards.

In the July/August 1971 issue, B.A.S.S. published the last in the series on the Race on Horsepower. Here are some of the comments printed.

Charles Salter (Outdoor Writer at the Atlanta Journal) brought to light that many anglers were buying boats with motors that didn’t conform with the maximum rating by the manufacturers. He said, “experienced anglers can handle the overpowered boats without too much danger, but in many instances these craft are driven by fishing hot rods who have no consideration for others on the lake.”

Jerry Johnson of MS stated, “I for one favor larger engines due to the extremely heavy weight of some of the newer boats. It simply is necessary to use large engines on these boats. I do not favor any 80-horsepower limitation (the limit B.A.S.S. was considering).”

Then boat manufacturer Forrest Wood gave his comments. They were, “I regret that it may be necessary to limit horsepower on bass boats, particularly tournament fishing rigs; however, it seems the need may be imminent.” 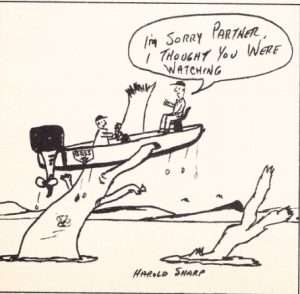 Wood went on to state that the horsepower limit should not only be a maximum horsepower but should also take into affect the length and style of boat too. For example if B.A.S.S. instilled the 80-horse limit, what would stop a person from putting that size motor on a small boat? He also brought to light the use of stick-steer boats and they should be limited even more.

Here are some other comments in the article – some of which are quite interesting.

“The majority of people that fish these tournaments are intelligent enough to eliminate the danger of large horsepower.” Basil Bacon, MO.

“I think the basic problem could be eliminated by outlawing stick steering and requiring a kill switch.” Drew Reese, KS.

In the same conversation I had with Harold Sharp regarding the B.A.S.S. rules, he also shed some light on the horsepower restrictions that B.A.S.S. eventually came up with. Here are his words.

“We were well aware that the horsepower race was getting out of hand,” he said. “We were also aware that many anglers had motors over 80-hp and if we set an 80-hp limit it would penalize these anglers. Plus an 80-hp motor wouldn’t handle the boats already out there. So to be fair to everyone we set the limit at 150-hp as there were no 150-hp motor on the market, but they were coming soon and we were aware of that.”

It’s obvious that B.A.S.S. was seeing a problem with the state of boating in their events and was doing their best to prevent injuries, bad press for the organization and bass fishermen in general. It’s also interesting to see how long ago this topic was in the mainstream. 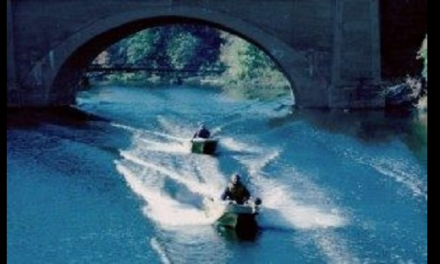 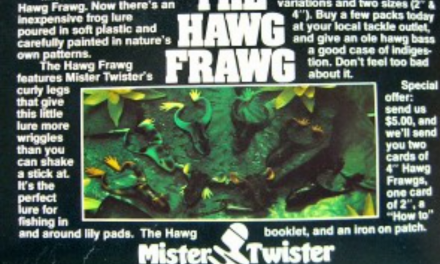 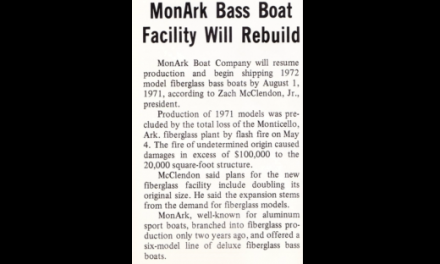 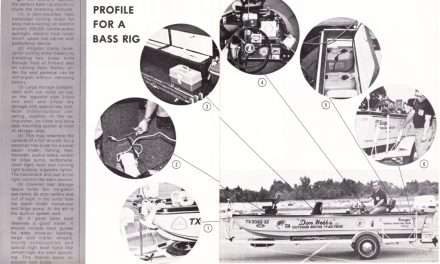