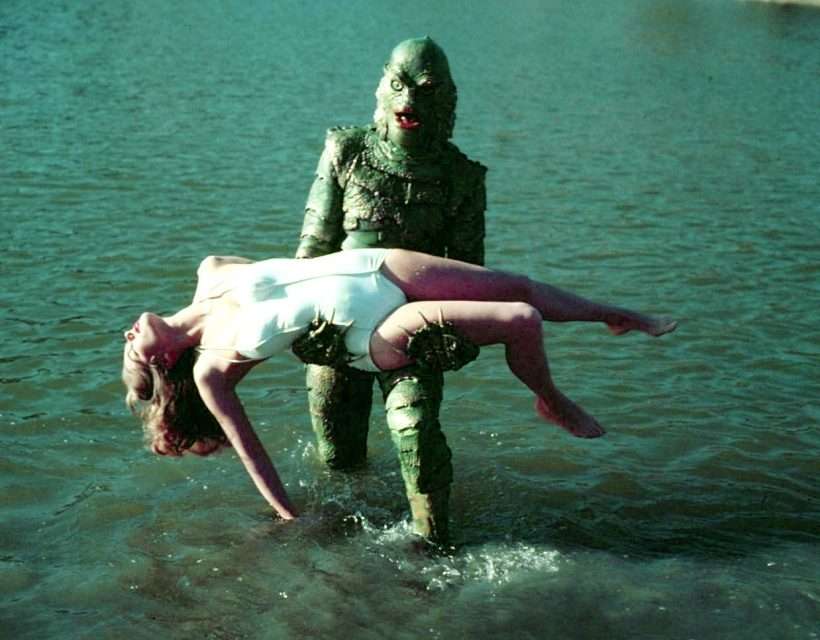 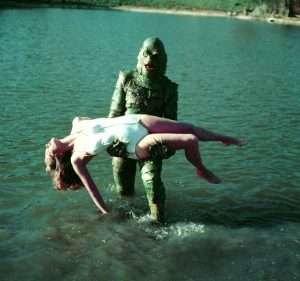 It’s been shown a few times here in the Bass Fishing Archives, and will be shown even more in the future, that what one person believes is new is just a rekindled thought of something old. Take for example the article posted earlier, Is There Really Anything New in Bass Fishing, about the Whopper Stopper Dirty Bird. Well, here’s another example of something developed way-back-when that was reborn in the mid-90s not only with the same concept, but the same name for a genre of baits.

Scanning through the Jan/Feb 1981 issue of Western Bass Magazine I came across something that really jogged my memory – an article by soft-plastic jig inventor Bobby Garland. The piece was written by Garland in order to help readers learn more about his jig-fishing techniques and also show some of the secrets he employed while on the water.

For those of you who don’t know Garland’s history with bait innovation, let me shed some light on it. Bobby Garland (and his brother Gary) started out as makers of crappie jigs – the hollow kind with the cut tails – much like today’s Tube. He then went one step further and invented the Mini-Jig, an oversized crappie jig about 3-inches long that was killer when rigged with one of his insert heads (another invention he had) and fished on 6-pound line.

From here he invented the Skinny Squid, which was a 5-inch Mini Jig and looked more like a hollow worm than anything else. He then invented the Spider Jig, which would become one of the most knocked-off lures in the industry, known mostly today as a Hula Grub. (He also invented a planning head for the jig that had a flat surface on the bottom that made the jig fall slower than the standard football and ball heads of the time). 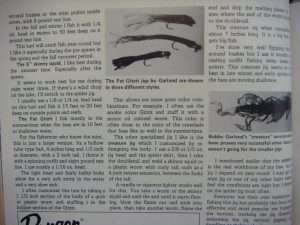 A 1981 article on Bobby Garland’s creation of the Creature Bait. Jan/Feb 1981 issue of Western Bass Magazine.

Garland didn’t stop there, though. His next invention, unbeknownst to him, would change the world of bass fishing. This was the Fat Gitzit – or what we call a Tube today. Starting in the west, the bait won numerous tournaments and by the late 80s had taken the eastern circuits by storm. Bobby Garland may have invented the bait but it was Denny Brauer and other national anglers who put it on the U.S. map as the number-one bait to flip.

But this article isn’t about the tube or any of Garland’s previously mentioned bait inventions. This article is about a lure genre totally different – the Creature bait.

I vividly remember when this abomination of plastic, made from pieces of this worm, that trailer and that tube, swept the west. It was around the 1980 timeframe and Garland had used the concoction to win one of the early western events on Lake Havasu in the Topoc Marsh. Although there was no internet in those days, news travelled fast amongst the circles of bass fishing and within a week of his win, we were at the tackle shop welding pieces of plastic together to make varying forms of The Creature. It wouldn’t be until the mid or late 90s when companies like ZOOM would reveal their Brush Hog and the creature bait phenomenon would take hold.

Here’s a snippet from that article and a picture of the Original Creature Bait.  Sorry for the bad scan but this issue of Western Bass was hard bound with the rest of the year’s publications. 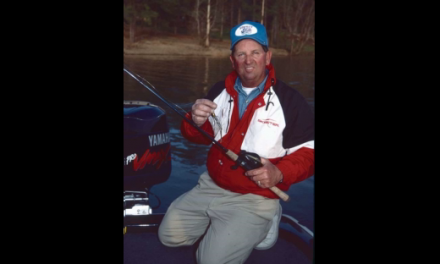 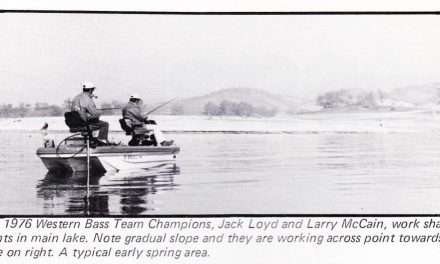 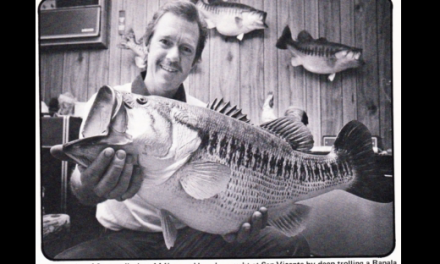 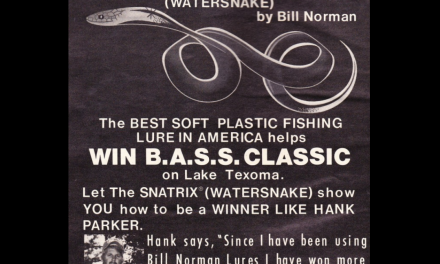