Today’s anglers are probably familiar with The Bass University classes organized and run by Mike Iaconelli and Pete Gluszek. What many may not realize is that this is a concept that is almost as old as the sport of bass fishing itself. In fact, you have to go back to 1975, when Billy Murray, Sport Fishing Hall of Fame member, and brother Bobby Murray, 2X Bassmaster Classic winner, first formed and organized the Bass Fishing Institute, in conjunction with the American Institute of Bass Fishing and Indiana State University, of Terre Haute, Indiana.

The two-day BFI program was taught by a mix of top tournament pros and technical industry experts at the time. It would take much too long to list all the names of all the instructors who participated over the years, but it would certainly read like a “Who’s Who” of the sport of bass fishing.

Teaching aids such as a 30-foot “fishing simulator” aquarium were also part of the training. Here, one could see in tank demos of lures, watch how bass reacted to various presentations, and they even had an underwater hydrophone that you could listen to see which lures made a lot of noise, and which ones were silent. Class hours were 9 a.m. to 5 p.m. on Saturdays and 9 a.m. to 4 p.m. on Sundays.

There was also a 107 page workbook similar to the one in the photo. Looking inside at the contents of the book I possess from 1980, you find the following chapters:

As you might imagine from 1980, the seasonal patterns and water classification system were, in part, what would end up in the 1981 published Lindner (Al & Ron)/Murray (Billy & Bobby)/Meyers book “Bass: A Handbook of Strategies”, one of the earliest and most thorough bass books, published by Al Lindner’s Outdoors, Inc. Lowrance supplied the black and white flasher and paper graph interpretations. Fenwick provided the jig flipping diagrams.

All of this ran under the auspices of Indiana State University’s Continuing Education Program, and more than 20,000 anglers had attended the course in the first 10 years alone. I attended my first institute as a teenager, along with my father, at Indiana State University back in the early 80s. The adult registration fee, which included the workbook published by ISU, was $40. 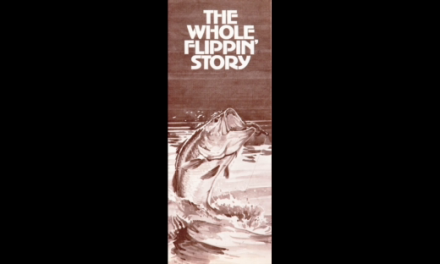 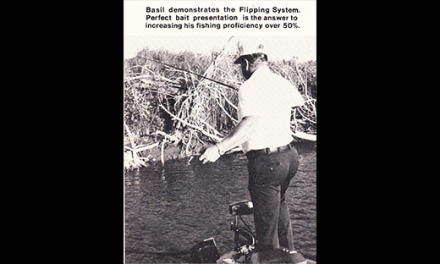 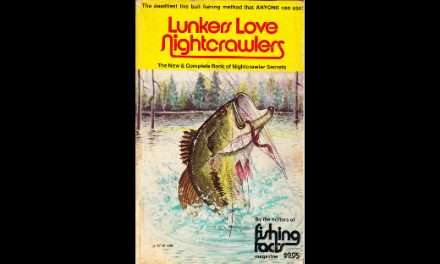