When Ray Scott founded B.A.S.S. in 1967, the “B” stood for “Bass” – not specifically largemouth bass. It was meant to be inclusive, certainly with smallmouths and spotted bass under its umbrella. Later, long after he’d sold the organization, they expressly embraced bass diversity to include the so-called “B.A.S.S. Slam” of nine different species. Nevertheless, for most bass anglers, in the early years the de facto meaning of the “B” was largemouth, since green bass were generally more readily available nationwide. There was certainly coverage of the other species of bass, but it was limited, and B.A.S.S. did not hold a major tournament on a traditional northern fishery until 1977 when Jim Rogers won the New York Invitational on the St. Lawrence River.

Where there were gaps in coverage, others filled in with new organizations which either complemented or competed with B.A.S.S. For example, when women were essentially excluded from participating in tournaments, Sugar Ferris created Bass’n Gals. In the west, where there were few opportunities to fish with B.A.S.S., other circuits arose. By the 1980s, some smallmouth aficionados decided that their needs weren’t being fully met and out of that need came Smallmouth, Inc.

The organization was founded in 1984 by Tom Rodgers. If the name sounds familiar, it’s likely because of his substantial experience and accomplishments in related sporting fields. Perhaps most notably, he founded the National Wild Turkey Federation in 1973.

Rodgers began laying the groundwork for the NWTF in 1971. He founded and named the NWTF and Turkey Call magazine, the NWTF’s first flagship publication, in his hometown of Fredericksburg, Va., in 1973. Later that year, Rodgers moved the NWTF’s headquarters to its permanent home in Edgefield, S.C., and co-founded the first NWTF state chapter with his friend Sam Crouch, Sr. in Edgefield soon after.

Rodgers invested $10,000 in the NWTF, becoming the conservation organization’s first donor and diamond life sponsor. Since then, the NWTF has helped raise and spend more than $412 million upholding hunting traditions and conserving 17.25 million acres of wildlife habitat.

One effort that helped lift the organization off the ground was the creation of the NWTF Stamp and Print program, a fund-raising tool that’s still being used by conservation organizations to this day. This program has raised millions of dollars for wildlife conservation.

After forming the NWTF and moving the organization to Edgefield, Rodgers served as the NWTF’s first president and executive vice president until his retirement in 1981. He also is credited with helping create the NWTF’s reward program for turning in poachers. In addition to turkey, Rodgers also endeavored to aid with quail conservation efforts, working with the International Quail Foundation from 1982 through 1986. The following year, 1987, saw the first issues of Smallmouth Magazine from Smallmouth, Inc., which he had incorporated with the state of South Carolina in 1982.

While it lasted, Smallmouth Magazine was a quality glossy with a solid stable of sponsors and an exemplary group of editors and contributors. Mr. Brown Fish Billy Westmorland was listed as a chief consultant, as were Jerry McKinnis, Charlie Brewer, Tony Bean and Bill Dance, among others. Bass Fishing Archives contributor Stan Fagerstrom was a contributing editor, as was good friend of our site Rich Zaleski. Household names (well, at least in our households) like Don Wirth, Darl Black and Soc Clay also wrote for the publication.

Smallmouth Magazine was also partially responsible for bringing the artwork of Al Agnew, a former public school art teacher, into the sporting mainstream. He’d already won the 1983 Missouri State Trout Stamp competition, but according to a 1987 article from Scripps Howard News Service, as printed in the Chicago Tribune, smallmouths (and Smallmouth Inc.) helped him to increase his profile:

[T]here’s a painter in New Offenburg, Mo., who has attracted quite a following among a select group of bass fishermen. The painter`s name is Al Agnew, and the anglers singing his praises are members of Smallmouth, Inc., the Edgefield, S.C., organization devoted to the promotion and preservation of smallmouth bass fishing. It is through the group’s publication, “Smallmouth Magazine,” that members have been introduced to Agnew’s work.

“There are lots of wonderful wildlife artists around,” said Tom Rodgers, president of Smallmouth, Inc. “But Al Agnew does the best job of portraying a smallmouth bass of any artist I`ve ever seen.”

Few fisherman who’ve seen an Agnew original or fine print would disagree. Agnew’s smallmouths look so real you can almost smell them.

Agnew doesn`t say so, but maybe the reason he has such a special touch with those ol’ brown fish is because he’s a dedicated smallmouth fisherman. Within a couple hours’ drive of his front door, there are eight good smallmouth float streams and numerous smaller streams suitable for wading. When he’s not at his easel, he spends a good portion of his time on prime bass water.

“He’s a darn good fisherman, too,” Rodgers said of Agnew. “I’ve never seen a guy work a river like he does. He doesn’t miss a place that might hold a fish.” Members were given the opportunity to purchase limited edition Agnew prints and life members ($300) were given a G. Loomis IMX rod, a Shakespeare spinning reel, Trilene line and a set of Agnew prints. Since that time, Agnew’s work has of course graced the covers of most major outdoors magazines at various times, as well as dozens of Bass Pro Shops catalogs. He’s also a frequent contributor to causes related to a wide variety of fish and wildlife species. While Smallmouth Inc. was likely set up to meet a market gap that B.A.S.S. and the like didn’t fill, in many ways its structure mirrored that of the senior organization. There were state/province directors and networks of clubs beneath them, like the B.A.S.S. Federations. Indeed, Zaleski served as a director.

There were also tournaments. As indicated in this March 1989 article from the Times Daily (of Northwest Alabama), the first stop of the 1989 trail, leading to the Mr. Smallmouth Classic and Team Championship, offered a $2,500 total payout, with a first-place prize of $1,000. That tournament was to be held at Pickwick, with the other events also in the Tennessee/Kentucky/Missouri/Virginia portion of the bass belt. In later years, they did venture further north – for example, in 1990, the fourth tournament of the year was on the Hudson River, although the other four had been in Alabama, Kentucky and Tennessee (twice). After a five-year run of the magazine, Rodgers dissolved the corporation in 1992. He passed away in 2008.

If you were associated with Smallmouth Inc. in any way – and especially if you fished any of their tournaments or still have the magazines – we’d love to hear from you. Drop us a note at terry@bass-archives.com. 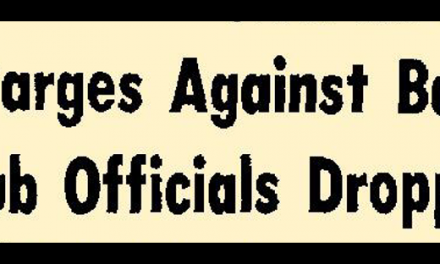 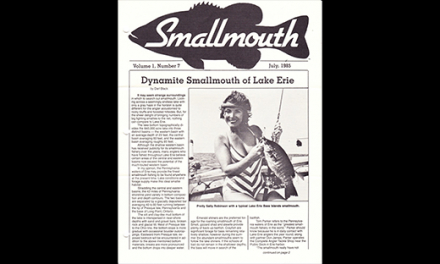 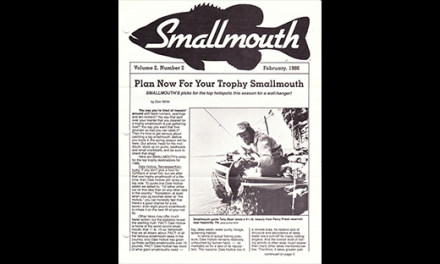 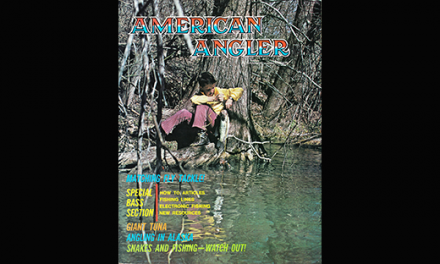