Today we continue our look back at the only magazine ever dedicated to the smallmouth bass.  In Smallmouth Magazine – Volume 1 Issue 10 we look at the October 1985 issue.  This issue went back to the original four-page layout most of the other 1985 issues had.  But, in those four pages were four feature articles with some pretty good information written by Tom Zenanko, Don Wirth, Billy Westmorland, and Hank Andrews.  Other than these features, there wasn’t much in the way of news reported as had been reported in earlier issues.

The start-off article, Fall Smallmouth Secrets, by Tom Zenanko, targets Autumn smallies.  It’s a good overall piece that would give the would-be smallmouth angler a sound idea what to expect when chasing the brown fish as the days get shorter and the weather turns cooler.  Zenanko hits on the truth that smallmouth anglers who don’t fish the fall are missing out on some of the best fishing of the year.  The only complaint I have is the mention of bait, but it was a sign of the times.

The second page, though, had a really good piece by Bassmaster writer and Harry-n-Charlie legend, Don Wirth.  The subject Wirth wrote about was a new bait and technique called the Do-Nothing rig.  Invented by 1985 Bass Masters Classic winner Jack Chancellor, the technique involved a small, pre-rigged 4-inch worm on a Carolina rig.

The worm itself resembled a slug with two small hooks imbedded in the plastic and connected with braided line.  Wirth had taken the rig, which Chancellor used on Largemouths, and used it on his hometown smallmouth on Wheeler Lake.  His results were as you’d expect, good.  In typical Wirth fashion, the article has a couple of good one-liners but most of all, it’s filled with great tips on how to fish the rig for smallmouths.

The third page is a continuation of Billy Westmorland’s column, and in this iteration, he talks about fishing smallies on top. His go-to lures being the AC Shiner, Rapala Floating Minnow, and the Bagley’s Bang-O-Lure. The thing I like about his column so far is he’s put a lot more into these works than what he put into his book, Them Ole’ Brown Fish. Not to say his book didn’t have much in it, because it did, but he’d already written that book and this information he’d learned after the printing of the book.

One really interesting thing he brought up twice in this article was how the prespawn bite was off the hook and the fish quit eating during the spawn.  This comment makes it obvious that Westmorland did not sight fish the bedding smallies.  Whether that was because he didn’t think they’d eat or it was a moral thing, that’s a question that we’ll never know the answer to.

Back in the day, anglers believed that bass on the bed would not hit a lure or any offering.  It is only recently, mostly the last 30 years, that anglers have targeted bass on beds.  Anglers who did figured out how to bed fish prior to that didn’t talk about it much.  As you and I well know, bed fishing can be highly productive but it comes with the moral dilemma.

But the gem on the page, in my opinion, was the Fishing Quote listed at the bottom of column 2.  The quote was:

Generally I favor the smallest plug that one can cast comfortably.  I contend a small lure will invariably hook a much higher percentage of strikes than a large one.

That quote was taken from none other than Jason Lucas and his book, Lucas on Bass, 1947.  It’s little things like this that really get me excited.

The final article in the newsletter, on page four, is interesting in that it pertains to smallmouth fishing on the Great Lakes.  While that may not seem too groundbreaking, the drift technique is and could be the introduction to the use of drift socks in bass fishing.

Drift socks, also known as sea anchors, have been around for centuries.  The concept was utilized by commercial and sportfishermen alike when fishing far offshore where an anchor wouldn’t work.  Instead, they’d throw out a parachute which would control the drift, decreasing the speed by as much as half when compared to no sea anchor.

This article, written by Hank Andrews, talks about using window sash weights and chain to slow a boat’s drift while fishing shoals. They claim that the weights and chains, being dragged along the bottom, kick up crayfish and other bottom-dwelling critters and acts as chum and will turn the fish on to feed. I’m not sure if it’s still used but it could definitely be something worth trying.

That’s about it for this issue of Smallmouth.  If you want to read the entire newsletter, click on the first image below and scroll through the pages. 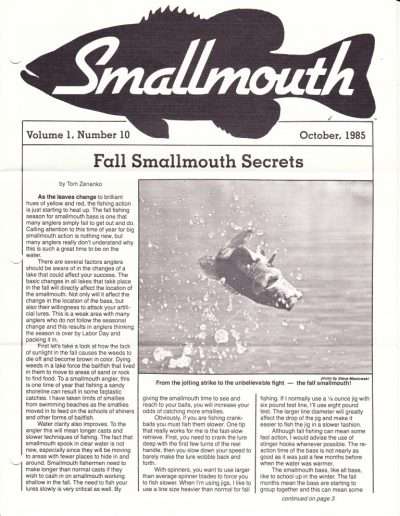 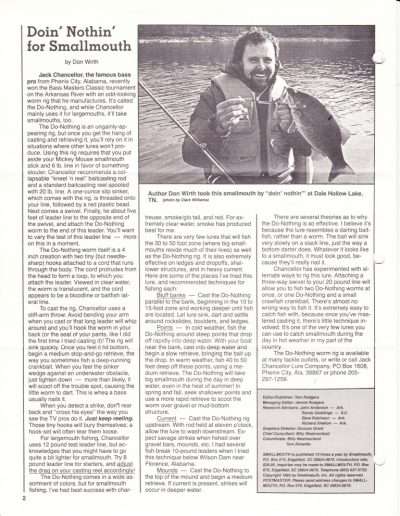 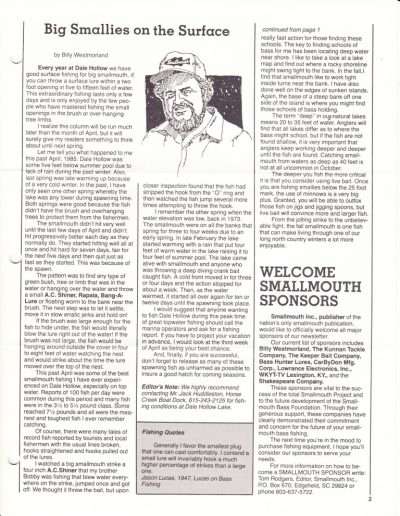 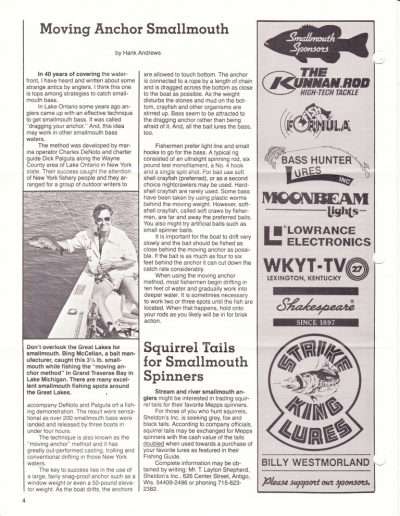 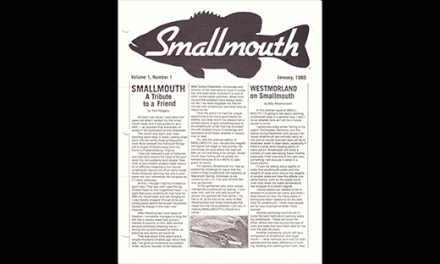 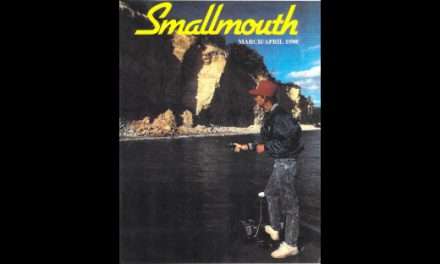 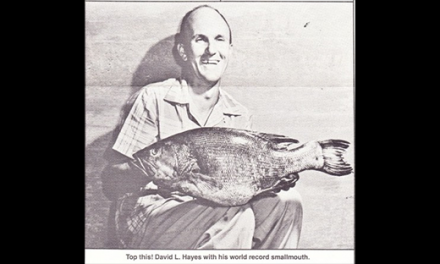 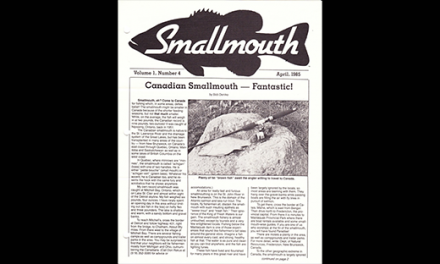