This column seems to be the one most frequented by readers so we’re going to give you more of what you like – Old Bass Boats 1978 Part 1. We’re going to start out with the various tournament organizations’ special Championship boats. This phenomena all started with Ray Scott and the 1971 BASS Master Classic when he purchased from Rebel, 26 identical boats for use by the 24 Classic contenders on Lake Mead. After the event, the boats were put up for sale and became another form of income for the fledgling tournament organization.

This business model was working well for Ray Scott and gang so what did the competition do – they followed suit. Organizations such as American Bass Fisherman, American Angler, Bass Casters Association and National Bass Association all started consigning “Championship” boats and selling them after their championship. Then when Scott did the Bass Champs event in ’77, these same organizations came out with their own “lower priced” signature models. It was in interesting development in bass fishing, and one that seemed to only work out for B.A.S.S.

So, let’s get on with the boats of the leading organizations of the day.

Golden Grand Prix – ABF’s year-end championship was dubbed the Grand Prix and the boat that all anglers fished out of was called the Golden Grand Prix. It was built on a Procraft 1700 platform with an Evinrude 140 horse motor. For electronics it had a Ram Glide troller, two Lowrance flashers, and a Lowrance Surface Temp gauge.

Over the course of six issues that year they had two ads that pretty much said the same thing except one had the price ($6,150 when retail was over $9,000) and the second ad had more information on the entire package.

One thing that’s glaring out to me on both ads, though, is the seating for the driver and co-angler. I’m not too sure why Procraft chose this seating arrangement as it seems it would put too much weight towards the starboard side of the boat. Po’ Man’s Bass Rig – The second boat ABF offered was again in competition with B.A.S.S.’s Bass Champs boat. But, where B.A.S.S. chose to use a 16-foot aluminum platform, ABF chose the Procraft 1500 glass boat with a 55 horse Evinrude motor. This boat came with a Ram Glide troller and also a Lowrance flasher on the console. It sat on top of a Star custom trailer and came with batteries – although it doesn’t state how many. Still, this is a cool boat and probably a little more seaworthy that the 16-foot aluminum Dura Craft. Cliff Harris All-Pro Grand American – This one really has me scratching my head. The Cliff Harris model?  Yeah, he may have been a good football player but could he fish?  American Angler had a number of super stars fishing their events, why not choose one of them? For that matter, TV personality and American Angler owner, John Fox could have put his own name on the rig. Or was his own name that tarnished from getting caught cheating that it was best not to have his name emblazoned on the boat? The other thing that has me a bit confused is they have it listed as a 1979 model but they started advertising it in the March/April issue of 1978. I guess it never hurts to start early. In any event, the boat used an 18-foot Eldocraft platform and came with a 150-horsepower Mercury Black Max. The dash was fully instrumented and for electronics it had a Ram Glide trolling motor and a Lowrance flasher. It’s funny to see the other listed features such as four deluxe fishing chairs, stainless handrails, aerated livewells and rack and pinion dual steering – all things we assume come on boats these days. Eldocraft was a great boat back in the day and I bet this was one great machine – even if it was named after a pro football player.

Mini-Grand American Bassaholic – This was American Angler’s low-cost boat and again they used an Eldocraft platform – this time a 15-foot aluminum rig outfitted with a 50-horsepower Suzuki. I bet this little boat hauled for its size. It was decked out with a 12-volt Ram trolling motor, two Ram batteries, a depth finder (no mention what kind), and a bunch of other standard features. Again, this boat was listed as a 1979 model but ads were in the early ’78 magazines. Still it’s another great little boat by John Fox and Eldocraft – I wonder how many they sold. Bassmaster Classic Boat – As usual, this boat, probably the cream of the crop with respect to tournament organization boats as it was built on a Ranger platform. Unfortunately Bassmaster doesn’t divulge which model it was cast from. It came standard with a Johnson 115-horse motor to it was probably one of the Ranger 17-foot variants of the day.

Of the day, this was one of the most completely outfitted boats offered – probably because they were being used in the Classic. Standard features included SilverTrol’s T.E. Switch, SilverTrol’s BOSS 24 Trolling motor, Boat Reins, a Lowrance LFG300D, Power Trim, Kill Switch, and more. What got me was the optional equipment list. For example, one option was for a Lowrance LFG200 flasher on the bow. Didn’t they rig it with that for the Classic? I guess they took it off afterwards. I would also think the other options such as the stainless steel prop, windshields and Johnny Reb Lectranchor would have been on there too. I know for a fact the CB radio was on there since each writer was to report in to Tournament command when something happened on the boat.

Bass Champs Boat – For the second year in a row, Bassmaster held the Bass Champs event and after that, sold the Dura Craft aluminum rigs. The boats were 16-feet long and came with a Johnson 35-horse motor. On the bow was a Motor-Guide troller and on the console was a Lowrance LFG300D. It was a great little boat for those who couldn’t or didn’t want to afford a glass ride. Grand National Boat – BCA also got into the boat market with their Grand National boat built by Bass Cat Boats. The 16-foot 1600 VEE came powered by a 115 Horsepower Mercury Tower of Power motor, was fully gauged at the dash and had a stainless steel prop. On the bow was a Motor-Guide trolling motor, it had two Lowrance flashers, three batteries, a battery charger and other standard features. In fact, it was better outfitted than any of the other boats offered and the price was listed at $6,895. I wonder if Rick Pierce knows if any more of these boats are around. It’d be cool to see one up close. Gold Medalist Boat – National Bass had had a championship boat for a couple years prior to the 1978 season and that boat was always built on a Hurst platform. 1978 was no different. In fact, they went with the same hull, the B-165, powered by the Mercury V1500 Black Max. Electronics included a Ram Charger trolling motor, three batteries, two Lowrance LFG360 flashers, a Q-Beam and a Garcia Oxygen/Temp probe. Again, this was a pretty well-rigged boat and all for only $6,750 – cheaper than the BCA boat with a 115 on it.

Superig – The NBA Superig was NBA’s response to a cheaper bass boat. It too was built on a Hurst hull, the Super Tuff 150, and measured out at 15-feet in length. It came with a Mercury 50-horsepower motor, 6-gallon gas tank, Ram Glide trolling motor and two Lowrance flashers. Of the small boats offered by the organizations, this was probably the best deal considering standard equipment and cost ($3,850). In Part Two of this series, we’ll take a look at what else was offered in the year 1978. I’m sure the look back will jog some good memories, maybe even some bad ones.  If you’re new to this column and would like to see some other old boats we’ve posted in the past, head on over to Old Bass Boats and check out what we’ve posted in the past. 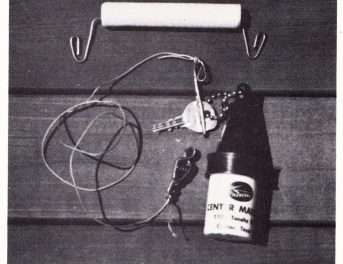 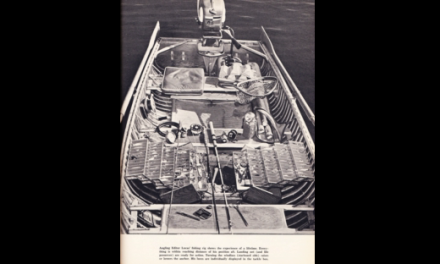 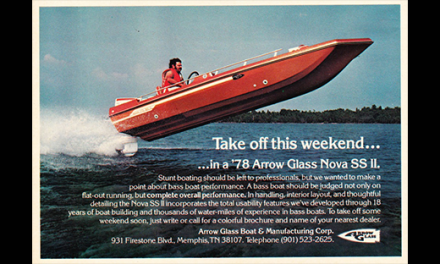 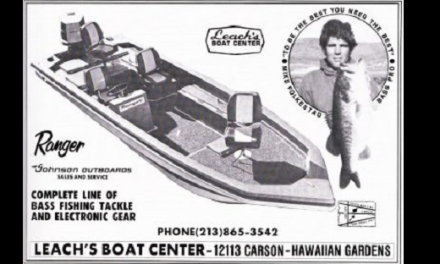