Yesterday we posted a piece about Rip Nunnery and a record that will never be broken.  Rip’s 15-bass one-day limit out of Lake Eufaula, AL in 1969.  Today I have more Rip Nunnery, but this time more about his bait company, Bandit Bass Lures.

As I wrote yesterday, Rip was a mentor of mine as a kid in southern California. But he wasn’t just my mentor.  He mentored a few kids that hung out at the local tackle shops and one of those kids was Jon Kuch.  Jon and I were fishing partners until I left California in the early 90s.

Jon was kind enough to send me some pics of some of Rip’s old baits, still in the package and an old pic of Rip and Blanchard, that Rip gave him, from the 1969 Eufaula tournament.

In the lead-in picture, there’s Rip and Gerald Blanchard holding his day-one record limit as well as the combined boat record of 180 pounds. I don’t think this picture was ever published.

The other pictures show a couple of Rip’s baits, his Bush Hog Spinnerbait, version 1 and 2, along with a bait he called a Twig Pig. The Twig Pig is a Matty-style bait – a jig with a spinner blade attached to the hook. I can’t believe this bait hasn’t been resurrected since the 70s – it was a killer ledge bait then and would be today (I want the proceeds from any company that reintroduces it from now on!).

The Matty, or Twig Pig as Rip called his version, was made from original football head molds (I mean molds made from the guy who invented the football head, Larry McCain), and were dressed with a vinyl skirt, piece of red plastic worm and then a #2 Colorado or #2 Indiana blade was affixed to the hook via a barrel swivel.

Cast the bait out on top of a ledge and let it sink to the bottom. Then, grind the reel three or four turns and stop, let the bait sink and repeat. One of the times you let the bait fall, that familiar “tap” would happen and then in typical Rip Nunnery fashion, you’d reel like a mad man until the bend in your rod was to the point you couldn’t hold the rod up anymore and then you’d set the hook. The outcome would either be a fish in the boat or a broken rod handle and a fish in the boat. 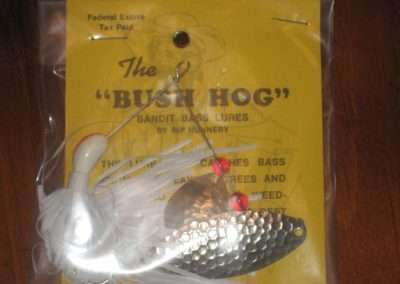 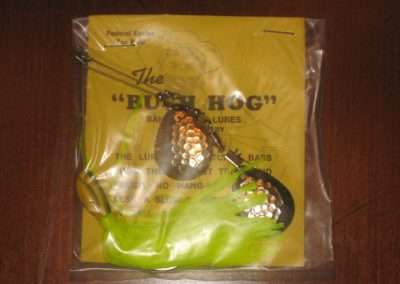 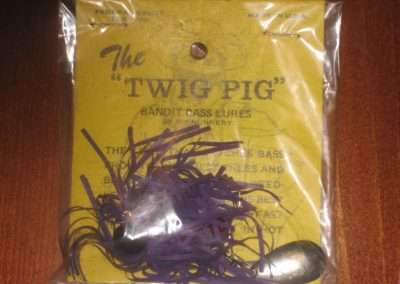 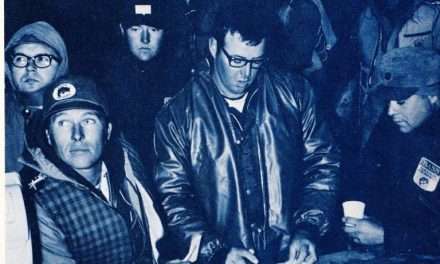 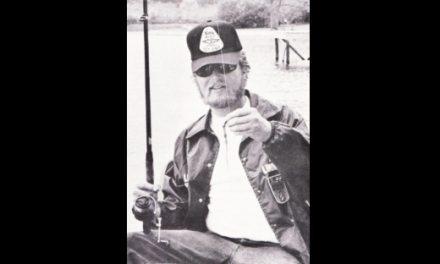 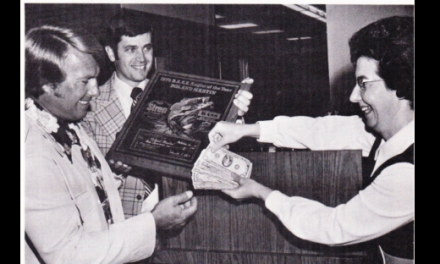 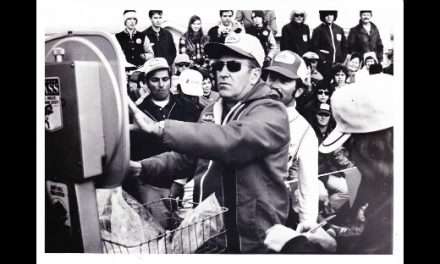