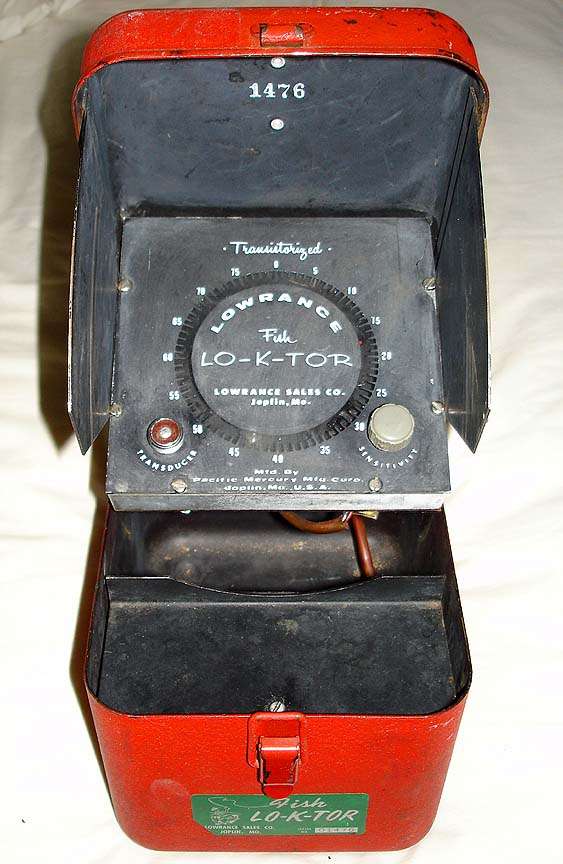 A couple days ago we published an ad for the Lowrance Little Green Box. Well, we received a comment from a gentleman named Earl Schmidt regarding that post and he had some interesting information to share. Seems that Earl has been using Lowrance products since before the Little Green Box. In fact, it’s predecessor, the Little Red Box, is what Earl started out using. He was kind enough to send us some pictures, thoughts and early ads of these units.

Here’s the information Earl provided regarding the Red Box vs. the Green Box.

“Many think the Green Box Lo-K-Tor was the first fish finder made by Lowrance Corp. of Oklahoma.  However, the Red Box predated the famous Green Box but information is hard to find about the Red Box Lo-K-Tors.

“The Red Box Lo-K-Tors may have come out in 1957 and the Green Boxes came later.  The Red Box was assembled in Joplin, MO during those early years. Then in the 1960s, Lowrance moved its operation to Oklahoma.”

Here are some other comments Earl added:

Below are more pictures of Earl’s Red Box and some vintage Lowrance ads. Click on the pictures for a larger view you can read. 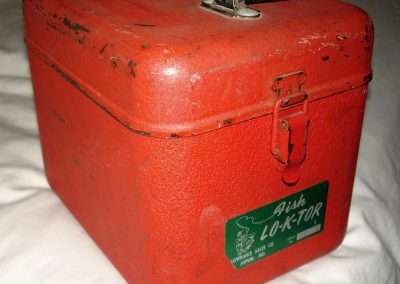 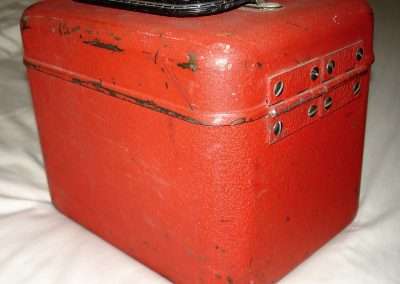 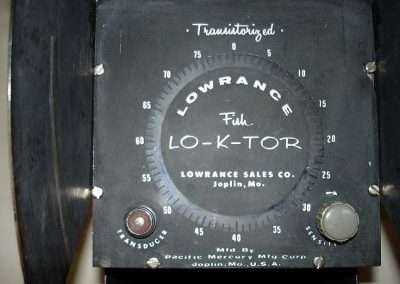 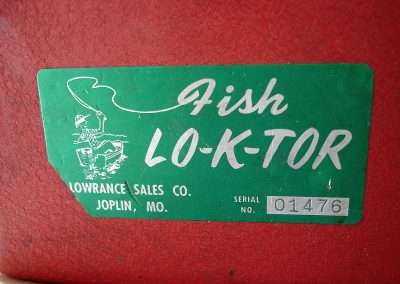 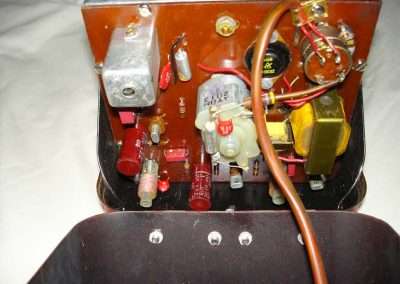 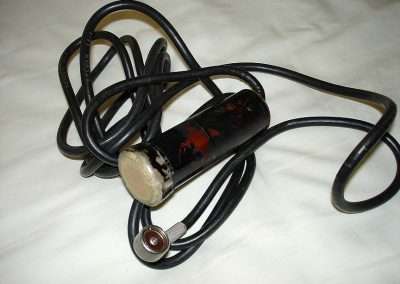 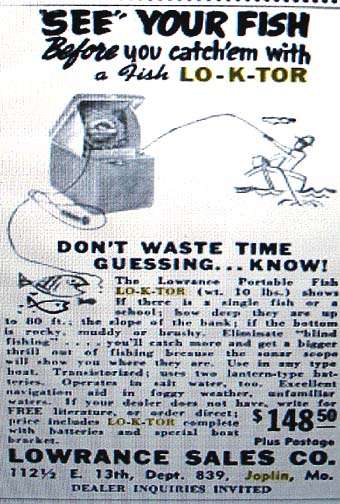 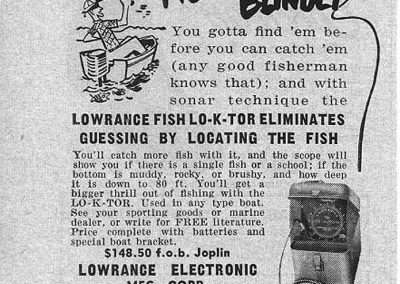 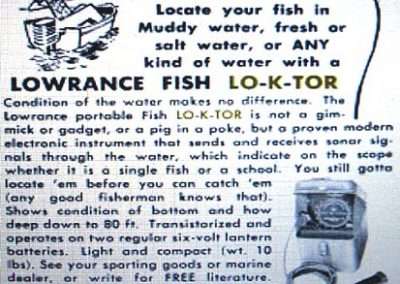 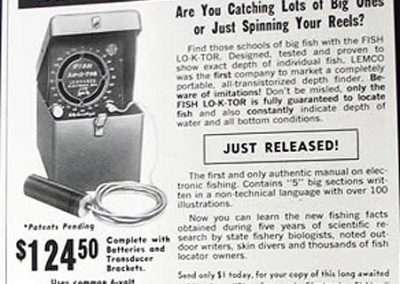 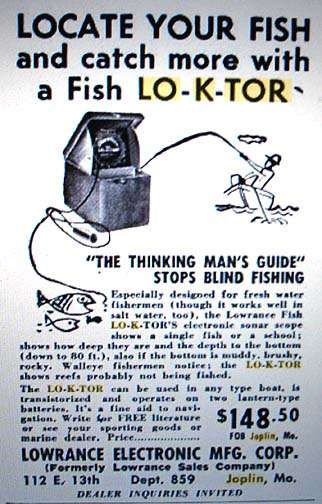 And yet another Lowrance ad from Popular Mechanics circa late ’50s early 60s. Photo courtesy of Earl Schmidt. 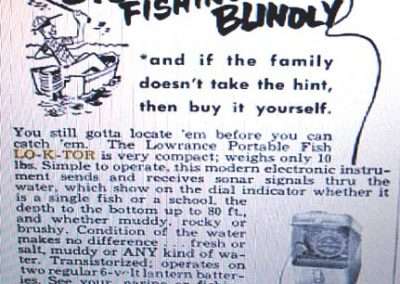 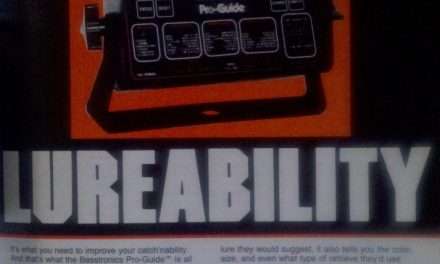 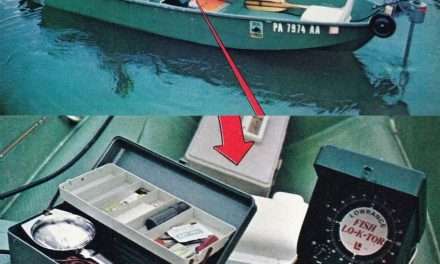 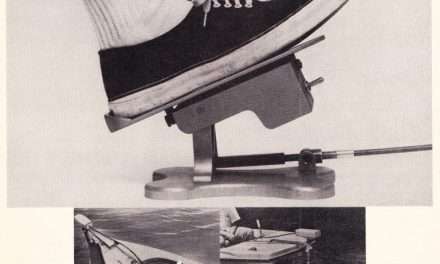 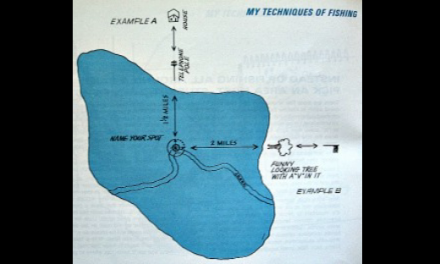