Here are a couple of great old ads from a great old company that was just recently resurrected from the halls of bass fishing. Before the last year, you only knew of FLIPTAIL if you bass fished 30 or 40 years ago or found an old tackle box in your grand-dad’s garage.

In the first ad, you don’t see any of their wares, just a couple anglers, John Hadad III and Don Siebert holding up stringers of fish caught on their baits in the 1970 B.A.S.S. Okalhoma National Bass Tournament.  Hadad and Siebert took first and second in that event – with FLIPTAIL worms.

FLIPTAIL was one of the first companies to placate anglers’ needs for plastic worms. Their standard worm was a 7 1/4-inch bait but they also made 6- and 4-inch models too in a wide array of colors. Not only did they produce the long plastic wigglers, they also had a lizard and a three-tailed jig trailer.

The other cool find was a 1973 ad from a Bass Master magazine where FLIPTAIL is pushing their FLIPTAIL Marker, for marking colors on your plastics.  I had never seen nor ever known the FLIPTAIL produced these.  The ad itself says the ink is made for plastics, is insoluble in water and came in eight different colors. I wonder if it was scented? So much for ZOOM or SPIKE IT for being the first in this category!

Back in the day you were hard pressed to find an angler who didn’t have a FLIPTAIL sticker on his boat and patch on his blue jump suit. It’s nice to see one of the companies of days past back in the industry. Do you have a story about FLIPTAIL worms, past or present? Leave us a note in the comment section below! Mark McDowell:  The new production of Fliptail Lizards are still catching fish. My son has caught his largest yet on a Red Lizard. It was an 8 and 1/2 pounder. Lots of fun!!!

Al H to Terry:  Just browsing thru the archive of Archives and saw these comments about Fliptail being back. These were some of the first worms I ever used; along with the jelly worm and the creme scoundrel. It just seemed “natural” back then to throw a blue fliptail worm, and they caught fish. I remember when Uncle Homer wrote about the secret lizard in Sports Afield somewhere about 1973; that was the fliptail lizard. I looked up the new Fliptail and talked with owner Orby Partee. They are a small shop using the original molds. I can’t wait to get get my hands on a pack of those blue worms again!

RichZ:  The 9″ Fliptail Daddy was my #1 lure in the early ’70s. The tackle shop at a lake I used to fish at had ’em in 3 count packs. They had three colors, black, blue and violet. But what did I know, I thought the violet ones were purple. I’d never seen a real plastic worm up close and live before, and Bassmaster was still in black & white. So when I ordered a hundred bag from Okiebug, I ordered purple. When I got the bag, to me, they might as well have been red. I called, and they said, oh, no, it sounds like you wanted the violet. I got the right ones, and pretty much didn’t fish with anything else for a couple years.

Caught my biggest bass ever – an 8-11 that remained my personal best for more than 10 years – on the purple one the next spring.

I still have violet 9″ Fliptails from the ’70s in my tackle selection. They still catch fish. but no purple ones though.

Dwain Batey:  I love the fliptail floating lizards, I haven’t purchased any of the new ones yet, but I certainly will.

Cc:  I still have a few Fliptails that I’ve kept for posterity along with some old Flecks and Rebel Ringworms.  Just part of the 300 or so pounds of plastics I’ve managed to accumulate over the years.

Terry to cc:  Yeah CC, it sounds like we have similar collections. 🙂 Did you get my email? Thanks for the suggestion, by the way.

Paul Wallace:  This is a little weird story about the flip tail lizard. My dad and I would cut the back two legs and tail section off. We would then cut one hook from a #4 treble hook. We would insert the bi-hook in between the two legs and use them for weed guards. Use to throw this contraption onto moss and drag it into small pockets and twitch it like a topwater. If I remember right it used to float. Caught some fish this way, but it didn’t catch on. LOL.

Terry to Paul Wallace:  Pretty ingenious Paul. What made you stop using it? 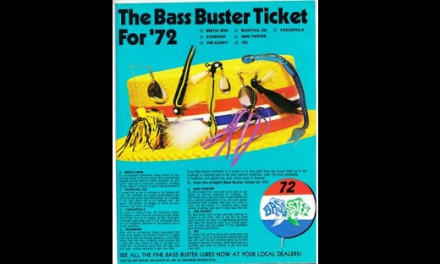 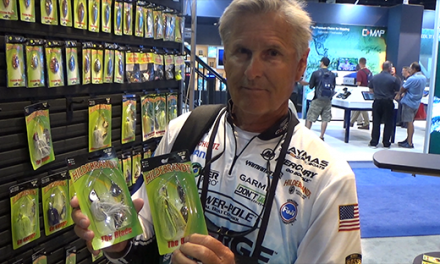 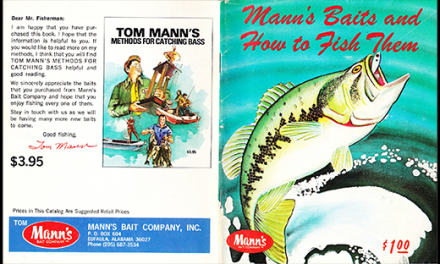 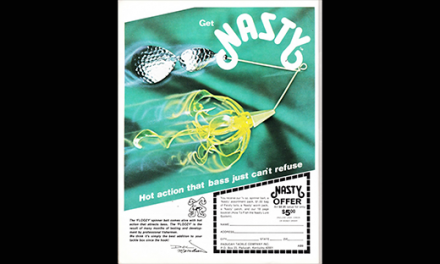