This historical photo has a little bit of everything, running on Classic Day Two, a Ranger boat, a 150-hp engine limit, the Ohio River, along with one of the most respected deep-water anglers of the time, Randy Fite.

In the article write-up, outdoor writer Jerry O’Bryant was Randy’s Day two press observer at the 1983 Classic on the Ohio River. Beginning the day, Randy was in fourth place behind Ricky Green, Harold Allen and Larry Nixon. He was sharing a general area with Harold, but Randy’s was more a very specific spot while Harold was covering about a one-mile stretch of bank that overlapped with Randy’s spot.

Jerry reported that Randy arrived at his little spot about 10 minutes before Harold that day and caught a keeper almost immediately before Harold even arrived. He would add a second keeper at 9:40 am, and a third at 10:23 am. At 10:39 am, a good fish busted Randy’s 17-pound line. At 11:50, he added keeper number four, but that would be his last fish of the day. Still, that four-fish bag, which included the big bass of the day at 2 pounds 10 ounces, moved him up to third in the standings going into the final day, and garnered him an additional $1,000 for the big fish that day. Fite would end up in 3rd place after the final day.

As for Randy’s baits, Jerry wrote, “Holding the boat almost motionless, Fite fired cast after cast into the same spot, working the plastic worm ever so slowly for about 10 feet then reeling in and casting again. On a rare occasion he would pick up another rod with either a spinner bait or a topwater lure and make a cast or two, but 99 percent of the time he was casting an electric blue or electric grape Mann’s Jelly Waggler into the same spot.” 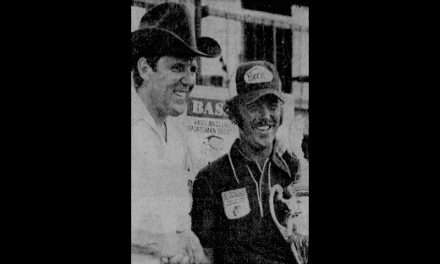 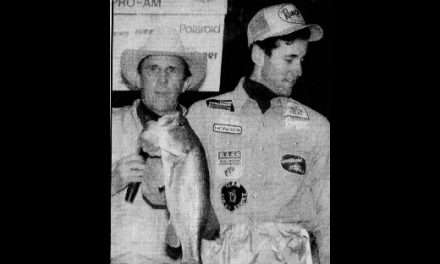 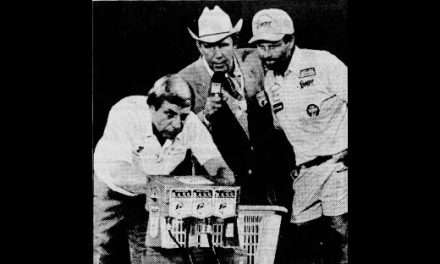 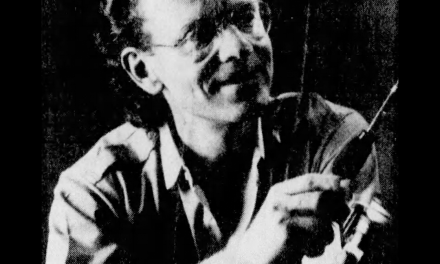