“Breaking Through” will be an occasional series on BFA in which long-time professional bass anglers recount the details of their first major win – how they accomplished the victory and how it impacted their careers. Here’s Breaking Through – Randy Blaukat.

By the time October of 1989 rolled around, Randy Blaukat was just shy of his 28th birthday. He’d fished 33 B.A.S.S. events, including the 1986 Bassmaster Classic on the Tennessee River out of Chattanooga. He had not yet tasted victory, and in fact only had one Top Ten finish to his credit, a 7th-place finish at the 1987 Alabama Invitational on Lake Guntersville.

There was no reason to favor Blaukat at the 1989 Virginia Bassmaster Top 100 at Buggs Island (a 40,000 acre lake on the Virginia/North Carolina border, also known as Kerr Reservoir). “I’d never been there before,” he recalled recently. “When I got there, the water was up in the bushes but it was falling pretty hard. I could catch some fish on the lower end of the lake fishing willow trees, but it was getting tougher and tougher.

“On the first day, I caught four fish for 9 pounds 12 ounces,” he continued. That placed him in 31st but unable to move up if he continued to pursue the same path. “I knew, the way it was dropping, that flipping in the clearer water wasn’t going to work.”

That evening, he got out his map, and looked for “the biggest creek on the upper end that was likely to be a little stained.” He located Jonathan Creek, in the back of Grassy Creek, which was blocked off by a small bridge.

“The fish wouldn’t be as spooky in there,” he said. “I ran all the way to the back, got to the bridge and the water was still too high to get under it. I could see some big willows through it. The water had been higher for three weeks, so I told myself that nobody had fished there. If I can just drop the boat 6 or 8 inches, I’ll be able to get through.”

Necessity was the mother of invention in this case, so Blaukat removed the drain plug from his boat, along with the outboard cowling and trolling motor. “I flooded the whole floor and my partner and I lay on the front deck and pulled the boat through.” Fortunately, he had a 360-series Ranger, which had low sides and, more importantly, a flat transom. “That made it so you could pull the plug out. You couldn’t do it with a (more modern boat) – it’s too high and you can’t reach the plug. I had seen Ranger’s ads about upright floatation so I wasn’t worried about that. When we got through, we put the plug back in and pumped the boat out.”

Once he was back there, he found a group of mature willows. Unlike the bushes he’d been flipping earlier, these had “horizontal limbs that went way away from the base. They had more cover than the base. It was so shallow – 12 to 24 inches deep – but those fish hadn’t seen any baits.” Because the cover was so think, he had to throw his jig far over the branches. When he got a bite, he’d get the bass pinned then kick his trolling motor into four-wheel drive and go in after it.

“The third day I had a 9-pounder hit way back in a willow,” he recalled, still a bit shaken over 20 years later. “It just smoked out to the middle of the cove. I had her on 30-pound line and a half ounce jig. I got her back to the boat and she just shook her head and threw the jig. It was disheartening to say the least.”

In hindsight, Blaukat said it was his location that made the difference. “I knew that the area I had was the best area on the lake.”

Since that time, he’s won one other B.A.S.S. tournament, the 2000 Bassmaster Alabama Invitational on the Mobile Delta. He has not won on the FLW side, although he’s been 2nd three times – at the 2002 Ranger M1, at Toho in 1997 and at Buggs Island in 1997. He’s tried some unorthodox tactics since his 1989 win, but has never again been able to claim victory that way.

“It was definitely one of my more memorable experiences,” he said. “But normally those off-the-wall deals don’t work.”

Blaukat recently released a video on his YouTube channel, Intuitive Angling With Randy Blaukat, where he talks first-hand about the event.  Yoou can view the video below.  By the way, Randy’s YouTube channel has become one of my all-time favorite channels on YouTube.  He’s not only giving up years worth of bass fishing secrets but he’s also telling the stories of nearly 40 years on tour.  If you haven’t subscribed to his channel, I highly recommend it. 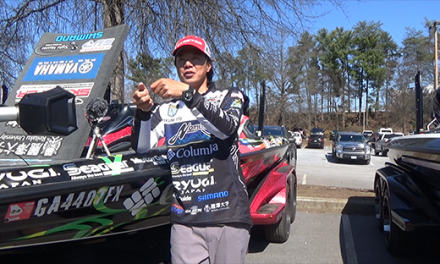 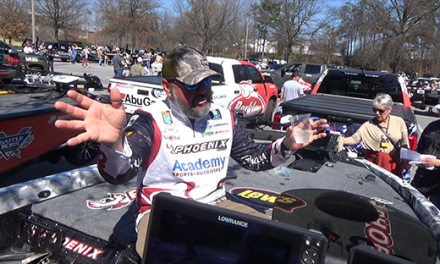 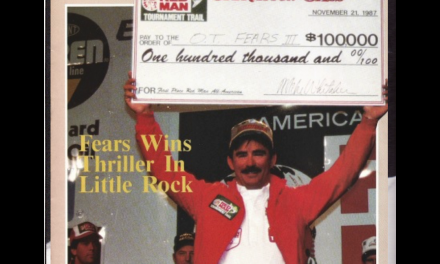 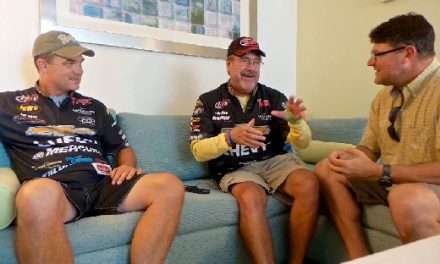