Posted by Pete Robbins | May 7, 2021 | Breaking Through, Old Tournament Organizations | 0 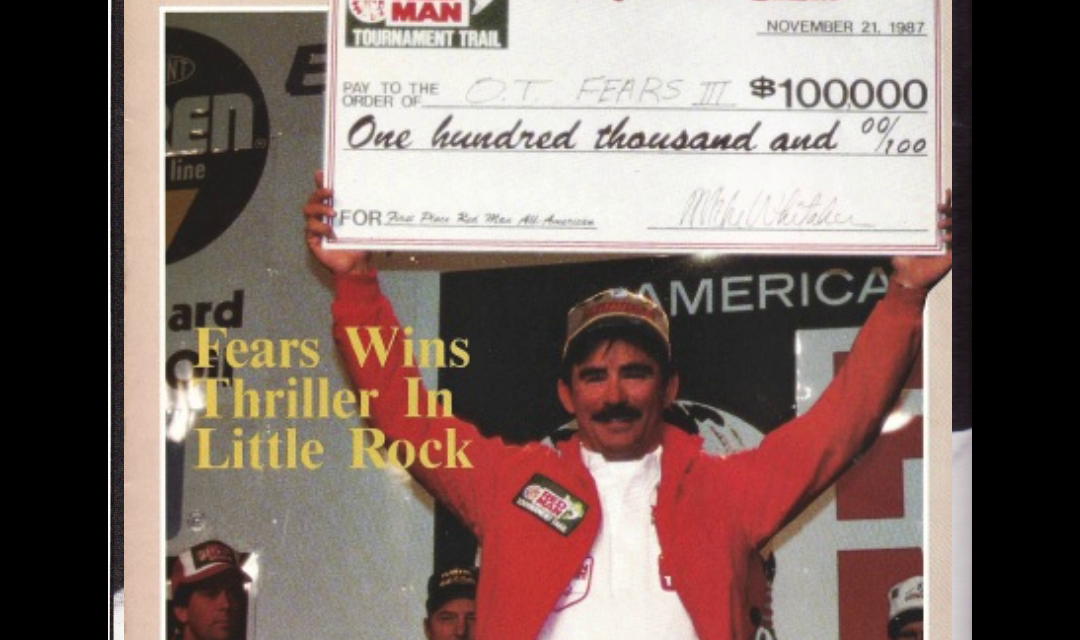 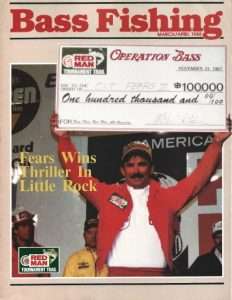 “Breaking Through” is an occasional series on BFA in which long-time professional bass anglers recount the details of their first major win – how they accomplished the victory and how it impacted their careers. This entry chronicles the 34th anniversary of the first major victory for Oklahoma pro OT Fears III, with present-day input from Fears.

While the Red Man All-American tournament (known today as the MLF Phoenix BFL All-American) is now an established national level tournament, in 1987 it was still a relatively new enterprise. One thing about it, though – despite having first been held in 1983, it was a potential kingmaker, as the $100,000 top prize was double what was awarded to that year’s Bassmaster Classic champion.

While 1983 and 1986 winners Dean Starkey and Joe Yates are names only veterans of competitive angling remember, Shaw Grigsby’s 1984 victory on Lake Havasu catapulted him away from his work as an exterminator and into the pro fishing field full time. While Rick Clunn already had three Classic trophies when he won the All-American on Havasu the following year, the six figure prize and additional title further cemented his status as one of the sport’s best competitors.

The All-American was couched as bringing the best of the country’s weekend anglers together. By competing in a series of regional events, they could qualify for a championship. Indeed, as discussed in Nick Taylor’s book “Bass Wars,” there were some who believed that established full-time pros shouldn’t compete against the weekenders. “Clunn felt that (Orlando) Wilson…had implied that Clunn, bass fishing’s all-time leading money winner, had no business fishing against weekend fishermen, any more than, say , Larry Bird did shooting baskets for money with kids on a city playground,” Taylor wrote. As FLW Outdoors (the successor entity of Operation Bass) later described it, the organization was founded “to create a weekend-oriented bass tournament trail geared toward anglers who could not take time off work to compete.” Still, Clunn felt that the fact that the payout was six figures made Wilson’s analogy inapt. It was, Taylor explained, “no playground pickup game.”

The 1987 version of the All-American further established it as a big time sporting event. Not only was the weigh-in held inside for the first time, in Little Rock’s Statehouse Convention Center, but Spencer Christian from Good Morning America broadcast live from the site and Governor Bill Clinton declared it “Red Man All-American Week” in the state of Arkansas.

Into this fray came Oklahoman OT Fears III, who’d left a Federal job two years earlier to pursue a career in bass fishing. He’d fished nearly three dozen B.A.S.S. events by the time of the 1987 All-American, including two Classics, but he’d yet to become a household name. “I was trying to coordinate Red Man and B.A.S.S.,” he recalled. “In 1985 I’d moved back to Oklahoma from Michigan, and I could fish two Red Man circuits, the Arkie and the Okie.” The move had paid off, as he’d qualified for the 1985 and 1986 All-Americans, but had produced subpar results each time. With his entry in 1987, he became one of only three anglers to fish three All-Americans.

The 1987 event had a field composed of stars and future stars. The TBS broadcast of the show included interviews and grip-and-grins featuring Stacey King, Ron Shuffield, Jim Bitter, Ray Sedgwick, David Fritts and a boyishly-young 21-year-old Mike Reynolds. While the tour-level anglers were all dangerous, it was the locals who the media keyed on. Arkansans including David Langley, Ron Shuffield, Johnny Lankford and Joe Yates were considered likely champions. Looking back on it, Fears believes that played into his hands. Indeed, his residence in Sallisaw was close to the Arkansas line and he had a lot of experience on the Arkansas River. “I let ‘em overlook me on purpose,” he said. “I had won a lot of tournaments on rivers, so I let the media go to those guys.”

Heavy rain and a massive cold front accompanied the start of the practice period, producing muddy water and lots of current. Pundits predicted it might take 20 pounds over two days to win. Fears obliterated that mark, weighing in an All-American record 21-09 five-fish limit on the first day. 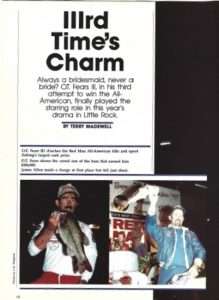 Fears and Allen weigh in at the 1987 All-American. Photo Mar/Apr 1988 issue of Bass Fishing.

“It was one of those storybook days,” he said. “I caught them all on a khaki black back Norman Deep Little N, which was kind of a secret at that time. It imitated the shad on the Arkansas River system perfectly, especially in the late fall. I also had a new cranking reel by Quantum with a 3.8:1 gear ratio so I could crank it real slow. We’d had a major cold front. It was in the 20s and the water temperatures cooled dramatically.” His bag included a 6-02 largemouth, which wasn’t the big fish of the day (a 6-05 claimed that title) but nevertheless boosted him up to a 6-09 lead over runner-up James Allen. Shuffield was a distant third with 13-09.

Fears caught his crankbait fish on two types of cover: “The first was a series of laydowns, old cottonwood trees sitting at a 90 degree angle from the shoreline. In practice, they were up against the logs, but when the cold weather moved in they were at the tips of the limbs. The second was a cut in a rock bank with water flowing through it, making a big eddy.”

He regretted that he didn’t hit them harder the first day. “I probably could have weighed 30 pounds,” he said. “I stopped when I had a limit and left. By the next day the water level had dropped and there was no current, so it was a struggle.”

While the bite got tougher, Fears also suffered from execution problems. The colder temperatures led to less committed bites. He hadn’t lost a fish the first day, but failed to land three that bit on Day Two, including “one that was probably the largest bass I ever had on the Arkansas River.” He’d fished Day One in the pool below Little Rock, but when his spots didn’t produce, he eventually moved back up to the launch pool. “I lost one around 2 pounds right across from the take-off. I only had four fish and I thought that last one had cost me the tournament.”

Allen had some struggles of his own. Specifically, he’d lost 45 minutes of precious time on his 70 mile run to the vagaries of the lock schedule. Nevertheless, it was reported around the convention center that his three bass weighed nearly 15 pounds. Accordingly, as was the circuit’s custom, he was held back to weigh in last while Fears repaired to the stands to wait out his fate as the likely runner-up.

“They’d look at your fish and bring you in by order of finish on the last day,” Fears said. “They thought he had won, so they let him weigh in last. I didn’t look at his fish but I knew exactly what I had. My press observer looked in his livewell and told me they weren’t as big as he said. I thought he was blowing smoke, trying to make me feel better. I was devastated.”

Fears weighed in four fish for 6-10, bringing his two-day total to 28-03. Allen would need 13-03 to tie and 13-04 for an outright win. By the time Allen came to the stage with his bag of fish – which supposedly included a 4-pounder, a 5-pounder and a 6-pounder, Fears was doing a radio interview, resigned to the fact that he’d squandered his big first day lead.

“When he pulled his first one out, it was about 2 ½ pounds,” he said. “I was a good ways from the stage, but I could tell it wasn’t a 4-pounder. Then he pulls the next one out, and it’s supposed to be a 5-pounder, but it was a 3 or a 3 ½ at most. The one they said weighed 6 didn’t even weigh 5. I was paying attention by then. He weighed in right around 12 pounds. I could see the air go out of the Operation Bass people on stage. They were backpedaling in a hurry.” Operation Bass founder Mike Whitaker made a grand show of making out the oversized check in his unexpected champion’s name. 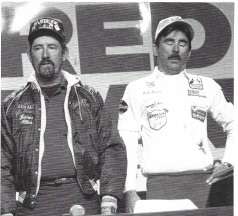 Fears invested the $100,000 in prize money, an award that he referred to as the “holy grail” of the sport at the time, but noted that even with the victory in hand, he might not have been able to push his career forward had he not already laid down a sponsorship foundation to build upon. He’d switched from Champion Boats to Ranger in 1986, and the win secured that long-time relationship. “I already had really good sponsors,” he added. “I was one of the first five with Quantum and Motorguide and I was with Humminbird. But it was what I made of it. The Operation Bass people didn’t help me one iota. They gave me no help with sponsors, no phone calls. It was ‘Here’s your money, see you later.’ But the win basically allowed me to do it full time.”

A 34 years later, Fears has added four B.A.S.S. victories to his resume, including two on rivers, but his memories of that first win remind him of how far he has come and how much the role of the All-American has changed. It’s doesn’t necessarily set the table for a solid career today the way it did back then. “It’s a different day and age now with tournament fishing,” he said. “There are too many other ways to get to the top. It’s quicker to get there than it was back in those days.”

The TBS program of the 1987 All-American can be viewed here: 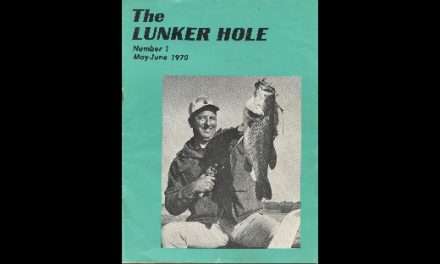 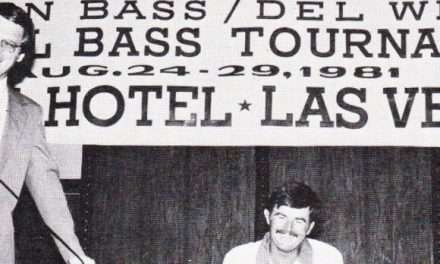 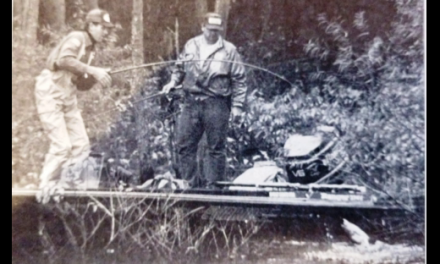 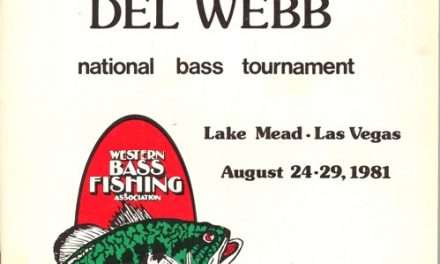