Earlier this week we did a piece on past Bomber Lure Company representative and crankbait king Floyd Mabry.  In that piece we talked about Floyd’s life and how he got into fishing full time. We also talked about his association with the Bomber Lure Company. Today we have a bit of an extension of that article with some more Bomber ads featuring Mabry and a couple others.

The first set of ads are all from 1975, three of them feature Mabry.

In the first ad is a selection of Bomber Lures in the new Fire Tiger color and the way Mabry recommends fishing each bait shown. The ad features the Bomber Popper, Speed Shad, Pinfish, Waterdog and the original Bomber.

The Popper was introduced as not just a topwater bait but also a diving lure when retrieved, much like Heddon’s Lucky 13. The Popper had a rattle inside and the recommended way to fish it was to pop it on the surface a couple times then reel it, taking it under the surface. The bait didn’t dive too deep and was more like a wake bait.

The Speed Shad, Bomber’s reaction to the Storm Thin Fin, has accrued a cult following over the years, especially in the southern Virginia / northern North Carolina area around Kerr and Gaston Reservoirs. Most people I know who fish this bait just cast it out and retrieve it with a steady crank. In this ad, Mabry says to cast it out and let it sit a few seconds. Then, twitch it on the surface a few times to make the lure “flip,” after which begin a straight retrieve.

The Pinfish is a vibration bait and from what I recall, had no rattles in it. Its profile resembles that of a Rattle Trap and was a sinking bait that could be fished in any part of the water column just by letting it sink.

The Waterdog was Bomber’s version of the Whopper Stopper Hellbender, complete with tail spinner. The bait came with an aluminum lip and clip line tie. This bait was one of the deepest diving baits ever made easily reaching 20 feet. These big crankbaits have been ignored for years yet they were fish catchers back in the day. I wonder when some tour-level pro will raid their grandfather’s old tackle box and resurrect this lure type. It’s bound to happen.

The original Bomber speaks for itself. One of the most productive baits of all time, it boggles my mind it went out of production. Replaced in the industry by baits such as the Bagley’s DB series, Rebel Deep R and others, the old backwards Bomber fell into obscurity in the early 80s. Yet, this bait had an action all its own and like the Waterdog, I expect some well-known angler will make a remarkable catch on some vintage baits sometime in the future. How long in the future, I have no clue.

The next ad in the has relatively the same baits but it contains a couple of interesting colors. For example, the Salmon Egg Rattler Original Bomber is a color I’ve never seen before.  It was a clear plastic body with red beads inside. Was it made for salmon anglers or any species of fish?  The next color that I don’t recall is the Waterdog painted in Lemon Lime. Man is that bright.  On the other hand, the Light Crawdad Speed Shad is definitely a color I would still throw today.

The last ad in the string featuring Mabry is a spinnerbait ad we’ve featured before in an article about twin spins.  It features the Bomber Bushwacker series, which consisted of the Single Spin, Tandem Spinner, Big John Tandem and the Twin Spinner. Each bait is rigged with a vinyl skirt, where only one is rigged reversed. It used to be a pain pulling the skirts and turning them around.

The last ad from 1975 featured a gentleman holding a big musky. That man was E.C. Reagan. While Reagan didn’t have the national name recognition that Floyd did, he was somewhat of a local legend around the hills and hollows of the Cumberland River basin. E. C. was a dyed-in-the-wool musky fan and ran the local Willow Grove grocery store. One of his absolute favorite baits was the old original Bomber crankbait as featured in the ad that he appeared in.

Writer Sheryl Shell, along with husband Darren, featured E.C. in a chapter of their book, “The History of Dale Hollow Lake.” A story on his (E.C.’s) passing stated, “Over the years, he hooked thousands of walleyes with his angling expertise, and in the world of muskellunge, or muskie, fishing, his name is known far and wide. Always willing to brave the outdoor elements, Mr. Muskie, as he was known, believed the best time to catch a trophy fish was when the weather wasn’t fit for man nor beast. If he had to break the ice at the boat ramp in order to launch his boat, all the better.” This first ad is interesting in that it was from a 1977 American Bass Fisherman magazine and although it advertised the Speed Shad (and the New Model A), it was placed there by ABF to sell baits. American Bass Fisherman, much like Bassmaster’s Outhouse Tackle Shop, was not just an organization to hold tournaments and bring together bass anglers in such forums as the Federation. They were both trying their luck at selling tackle mail order. The prices for these baits, as sold by American Bass Fisherman, were amazingly low – $1.69 each.

In the second ad, Bomber was utilizing Mabry’s fame and trying to sell down-sized lures. The ad features the Deep Mini A and the Mini Whacker modeled after its bigger sibling the Bushwhacker. It makes sense that Bomber would come out with a downsized line of baits in 1977 due to Rick Clunn recently winning the Bassmaster Classic on a Bagley’s Honey B.

Here’s what Mabry had to say about the down-sized baits:

“There’s times when less gets you more. Light line and little baits will often produce when you can’t buy a strike on big tackle. That’s why Bomber brings you two new tackle box basics.”

“Mini-Whacker, a one-sixth ounce son of the Bushwhacker spinner bait; and the new Mini A – a junior version of the potent deep running Model A. Put these lightweights to work on overfished lakes, especially in clear water. Fish then in stumps, rocks, brush and edges of moss beds. Color is important when the fishing calls for ultralight baits because these lures closely resemble baitfish. Make sure you have Bomber’s new rainbow trout and new baby bass colors plus a good selection of other proven colors available from Bomber.”

The third ad also features Mabry but this time they’re selling the original Bomber along with the new Medium Running Model A. He states this about the Original Bomber:

“In 40 years of fishing all over the U.S., I’ve noticed that regardless of the time of year, I catch 75% of my bass in water 20 feet or less. I catch big bass by just bumping Bombers on the tree ends or hitting bottom occasionally in this depth water. I use different size Bombers to fish at various levels and I change colors to suit the color of the water and the light conditions.”

His words about the new Model A were:

“There’s another crank bait I like to work these days. Bomber’s new Model A in either the medium or deep running version. The Model A is a little slimmer, a little trimmer, faster wiggler and deeper diver than the ordinary crank bait. Try ‘em. Bombers and Model A’s. They catch fish.”

What I love about these last three ads is they were offering two lures, a color catalog, and a hat for the low introductory price of $5.50 to $6. These offers were some of my favorite reasons for getting magazines. It’s something you rarely see in advertising these days.

Bomber these days offers a number of baits under the PRADCO umbrella. But of the baits shown in these ads, only the Model A still exists, the Long A still hadn’t been introduced in 1977. Without trying to let sentimental feelings get in the way of business, I think it’s about time a few of these older baits be introduced back into the line-up, or some other company take a stab at rereleasing them. For example, the Speed Shad has a cult following and I would wager that most of the anglers buying them on eBay, are not buying them to collect. They’re buying them to fish. Other companies have baits similar to the Speed Shad so we know the profile is still productive. Just look at Megabass’ FlapSlap, if you need convincing. I would also wager that if someone were to come out with a bait modeled after the Original Bomber, it would catch fish too. That bait was successful from its introduction in the early 1950s through the mid-70s when the Alphabet lures were introduced.

There are companies marketing metal lipped baits today. What would it take to mold one like the Original and take a stab at it? After all, it was a proven fish catcher for 35 years. 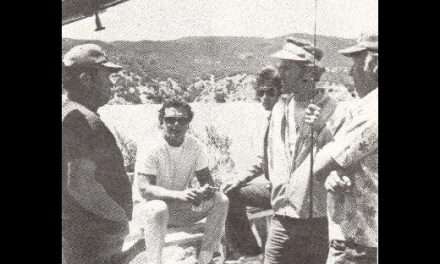 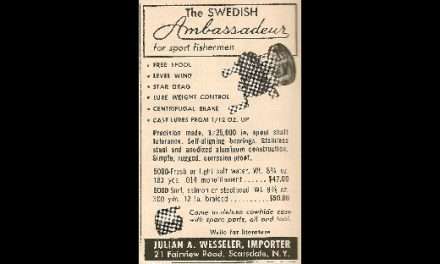 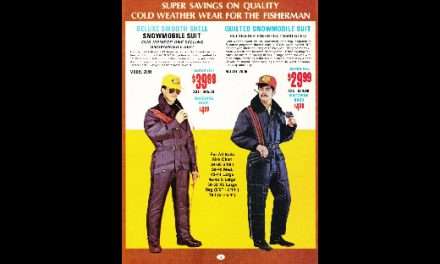 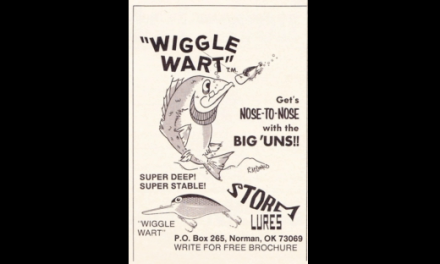