In the last installment of Season at a Glance – 1978 Bassmaster Trail, we went over the Classic VIII contestants. Today Bassmaster Trail 1978 – Part Six, we’re looking back at Classic VIII, an event held on Mississippi’s Ross Barnett Reservoir – or “The Rez” as it’s known to locals.

B.A.S.S. had visited The Rez numerous times before and with good reason – the lake flat produced. But by 1978, the lake was in its mid-life crisis, and not only were keepers hard to come by, there weren’t many fish at all. Top that off with the fact that the lake was 2 1/2-feet low, and this seemed to be a recipe for a Classic disaster.

The lake had been drawn down in order to try and kill off the high volume of weeds that had grown over the years. By exposing the weeds to the low winter temperatures, the DNR was hoping they could curb the growth of the vegetation. The fish were still there, as anglers would come to find out, the problem was getting to them.

After the one practice day most anglers were complaining about the fish – or lack thereof. The only person not complaining was Classic rookie and Federation angler A. B. Battles of Alabama who said he caught four over the 14-inch minimum.

Most contenders had opted to head south from the host marina and ply the deeper water near the dam. That didn’t work out. Others went shallow only to find their “normal” spots high and dry. And, as usual in big events like this, the anglers didn’t really show their cards until the first day of competition.

The first day of competition put all thoughts of there being no fish to rest. Several big fish were brought to the scales and David Owens assumed the first spot with a 16-12 bag topped by a 6-04 and 5-10. Gary Wade took big-fish honors for the day with a 7-01 and Jerry Rhyne would have easily had it if not for losing a fish between 8 and 10 pounds.

Rhyne also ended the day in second place by weighing a seven-bass limit of 13-15. He’d caught 10 keepers and 10 non-keepers and quit fishing at noon to “go look at the lake.” Bobby Murray held down the fourth position with five bass that weighed 10-12. Day two of Classic VIII would bring about a couple of big changes. First off, Bobby Murray would bring 19-01 (6 fish) to the scales and take the lead over David Owens. Murray reported having at least three bass in the 7-pound class hit his “secret lure” and miss it along with numerous other vicious strikes. Murray also had big fish for the day, a 6-12 largemouth.

Tommy Martin also turned some heads when he brought in the day’s biggest bag – a 20-06 stringer that was topped by two fish over six pounds.

Rick Clunn, who could only manage two bass for 3-04 the first day, brought in an 18-14 bag to climb from the bottom of the heap into fourth place. By the third day, all of Murray’s fish had come out of a small sink hole located north of the host marina. The spot was difficult to get into as it was surrounded by shallow water – but once inside, the depth went to better than 10 feet with lily pads surrounding the outside edge in deeper water. Murray had had the spot all to himself for two days – but when he arrived on the final day of competition, he saw he wasn’t alone.

As he slipped into the secret hole, he saw two anglers, in a 1977 Bass Champs boat to boot. Here’s how the dialog was written in the February 1979 issue of Bassmaster Magazine:

“Murray idled up to the local anglers and asked if they had caught anything.

‘Just missed a BIG FISH right in the middle here.’ the fisherman answered.

‘I wonder if you’d be kind enough to let me fish back in there.’ Murray requested. ‘I’ve been here the last two days, and I can win this BASS Masters Classic tournament today if I can catch just a couple more of those fish.’

‘Just tell me what kind of lure you’re using.’ the local angler replied. ‘and you can come in.’”

Murray showed him the cobbled together Strike King Timber spoon and Hildebrandt Snagless Sally spinner arm and the anglers let him have the area.

Four casts later Murray caught a 3-14 – a fish that would anchor his 7-12 stringer for the day – and allow him to win his second Classic, the second person to have two Classic victories under his belt.

Rick Clunn made a valiant effort during the final round and missed by 5-15. Had it not been for a big fish he lost on a Johnson Spoon, it may have been three in a row – and a record that would still hold today. All the anglers in the top 5 were throwing some form of weedless spoon. But what won the event was a bait that had been designed by Ricky Green a couple years earlier and only shared with a few close friends. The bait was a Johnson spoon that had a straight wire shaft attached to it that hosted some beads and a spinner or two.

Here’s what Green had to say regarding the reason he developed the bait:

“At the time I hated to fish a spoon. A spoon made me feel uncomfortable because I couldn’t feel it coming through the water. You’d think you weren’t retrieving anything. I wanted a lure that was super-weedless and would still have some action, so I began to experiment.”

Green then used the Arkansas Rig at the ’78 Florida Invitational on Kissimmee and showed it to Tommy Martin. Martin took a liking to it and used it the first day of competition and was paired with David Owens. Owens, from Arkansas, went home and showed it to his old pal Bobby Murray. Although Owens and Martin never said they were throwing the Arkansas Rig, it’s hard to imagine they weren’t, especially after Murray almost gave up the goods at the day-one media conference, saying he was using a “special spoon.” If not for his special spot or the special spoon, he may have had a little more competition.

The full standings and Box Score for Classic VIII are presented below.

This is the final part of a six-part series on the 1978 Bassmaster Trail. Click the following links to read Part One, Part Two, Part Three and Part Four and Part Five. 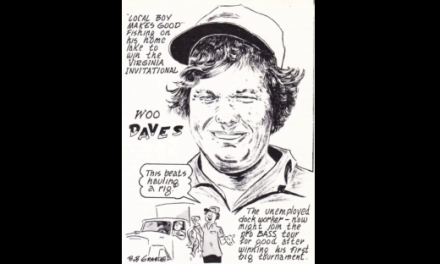 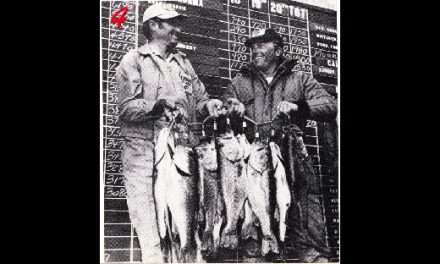 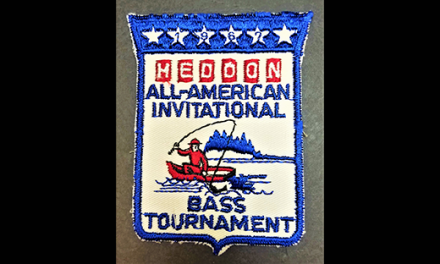 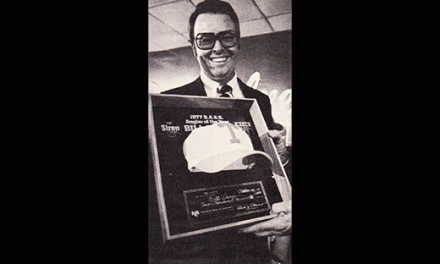