I pride myself at being a student of bass fishing and its history. I realize I don’t know everything and always welcome new ideas, concepts and historical views of the way things happened back when this whole bass fishing thing started. It took me by surprise, though, when Ron Lindner, of In-Fisherman fame, contacted me the day this site launched.

Ron said, in about as many words, “If you haven’t heard of Glen Andrews and his place in competitive bass fishing, you need to find out about it.”

Now I tend to listen to people when they bring to my attention something I don’t know about but when Ron Lindner says something like that, my ears perk up. I’d never heard of Glen Andrews let alone his contributions to bass fishing. I went on a search for information.

The beauty of this day and age is the ability to search out information on the internet. One quick search of Glen Andrews in Google popped up a number of hits, including a page on Facebook, called, “An Impossible Cast.”

I went to the Facebook page and got in contact with D. Shane Andrews, the son of Glen Andrews. After talking with Shane, he directed me where to get a copy of the book he wrote about his father, I purchased it and read it within a week. To say its amazing would be the biggest understatement of the year.

You may be like me and had never heard of this man but when you read the book, you’ll come to the realization Glen was not just an amazing angler but one of the forerunners of what we call competitive bass fishing today. If you don’t believe me, check out this paragraph from the book written by Bobby Murray:

[Glen Andrews] is probably the greatest angler that no one has ever heard of. However, his influence on modern bass fishing is unparalleled by any other angler. Glen mentored fishing greats such as Bill Dance, Jerry McKinnis, Bobby and Billy Murray, Don Butler, Ray Scott and a host of others who were an integral part of professional bass fishing history…… Glen was the first true, professional bass angler. His insights into seasonal bass migrations, structure fishing, lure development and lure presentations helped forge the basis of many of the country’s leading bass fishing authorities of today.

If this has caught your eye, here’s a little bit of history about Andrews.  Before B.A.S.S. hit the scene, there was the World Series of Sportfishing.  This was an international sportfishing event run by a guy named Hy Peskin (see the results for years 1960-1968 under Records and Winners in the main menu).  The event would be held over multiple days at numerous bodies of water.  Glen Andrews placed second in the event twice, 1962 and 1963, and was the only person to win it twice, 1965 and 1966.  He also won the Missouri State Bass Championship three times, 1962, 1963 and 1965 as well as the Arkansas State Bass Championship in 1965.

In 2014 I interviewed Bill Dance and Andrews’ name came up.  Dance said, “It was Glen who pushed me to fish the first Ray Scott event at Beaver Lake in 1967.  If it wasn’t for him, I may not have had a career in bass fishing.”

Dance wasn’t the only person I talked with about Andrews.  Bobby Murray, Jerry McKinnis, Ray Scott, all said Andrews was the best.

At a later date I’ll put together a more complete piece on Andrews’ life and bass fishing accomplishments.  Until then, if you’re looking for a good read, the book is filled with the history of the sport at a time when there was no history. It’s a must read for those who are ardent historians of the sport and a “you need to read” if you’re a bass fisherman.

For a copy of the book go to animpossiblecast.com 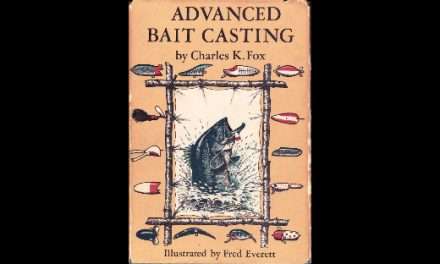 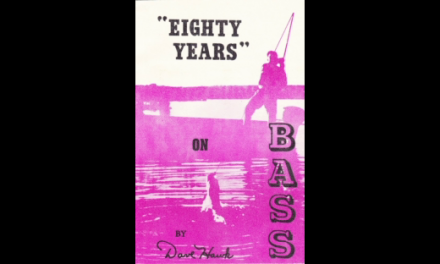 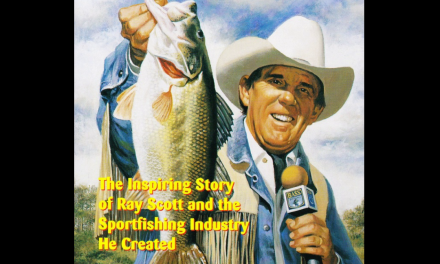