I’ve been an ABU fan nearly my whole life. My first casting reel at the age of 12 was a 5000C. From there, it was all downhill. I’m not sure how many ABU reels I’ve owned over my life but one of my favorite models was the 1500C. And this reel is the subject of today’s post and video – ABU Garcia 1500 Super Tune.

Before I get into this particular reel, let me give you some of its background and why it was so popular in the southwest.

Finesse was the name of the game when I was growing up and the reel was perfect for the small 4- and 5-inch worms we’d throw in the southern California lakes and reservoirs. With a 1/16- to 3/16-ounce worm weight and a 4-inch worm, it was nothing to make a cast of 40 yards or more due to the feather weight of the spool. More importantly, was the reel could easily accommodate 6-pound line without fear of the line going behind the spool. You couldn’t do that with a 4000- or 5000-series reel – even with 8-pound test.

Coupled with a 5-foot 6-inch pistol grip rod, usually a graphite or boron rod, the total mass of the combo was near nothing for the time.  You were finesse fishing and it really felt like it. In fact, the spinning outfits of the day weighed more than a light boron casting rod with a 1500C on it.

But the reel wasn’t only designated for fishing small worms. It was great for fishing jigs and even small crankbaits like the Bagley’s Honey B or Number 11 Floating Rapala. These reels were the workhorse of the southwest.

For all of it’s attributes, it did have one downfall. The reel, even with a 4.7:1 gear ratio, could only bring in 15.6 inches of line per turn of the handle. This became a big problem in two ways. The first was after a fish was hooked, if it headed towards the boat, you couldn’t catch up with it. The same was true for vertical fishing. Doodling in waters 35 to over 60 feet deep was common practice in the region. Hook a fish directly below the boat and they had a penchant for screaming to the surface.  Once again, the inability of the reel to pick up line quickly meant a lot of fish were lost.

Then in the 90s Don Iovino started having custom gears made to increase the speed of the reel. He also had bearings placed where only bushings were used by ABU. At that point, I’d switched to using Shimano but I kept all my 1500Cs and 2500Cs. Over the course of time, I have always wanted to super tune at least one of them to bring it back to life.

Today I’m fulfilling at least part of that dream.

These reels have really taken hold in Japan over the last 20 years and because of that, there are Japanese companies that are dedicated to making tuner parts for these reels. One of these companies is Avail. If there’s a part that can be improved on an old ABU reel, Avail has either done it or they’re working on it. And they specialize in parts for the old 1500Cs and 2500Cs. Main gears and pinion gears, worm gears with bearings, levelwind drive gears with bearings, and even 1/4-handle turn main gear bushings. They have it all.

So, a few months ago I made a half-way plunge into the world of super tuned reels. I ordered new high-speed gears, a new levelwind assembly, new levelwind drive gear (cog), Hedgehog precision bearings, and a couple of other items. I passed on the custom handle and a few other items to complete the reel but figured this would give me an idea of how it would be improved on. I wasn’t disappointed.

Below is the video of the unboxing of the parts as well as disassembling the reel, giving it a thorough cleaning, and then reassembling it. The change was amazing and has me itching to rebuild more of my stash.

I hope you enjoy the video and if you’d like to see more like, this let me know below in the comments.

NOTE:  If you’re interested in checking out all that Avail offers you can find them at https://www.avail.jp. They were very helpful in picking out the parts I needed and they recently got PayPal so paying is an easy process. I ordered the parts and they were here in less than a week. One word of caution is Avail manufactures most of their own parts. They only make a certain amount of parts runs per year. If you see they’re out of a certain part, contact them via the website to find out when parts will made and get on the waiting list. 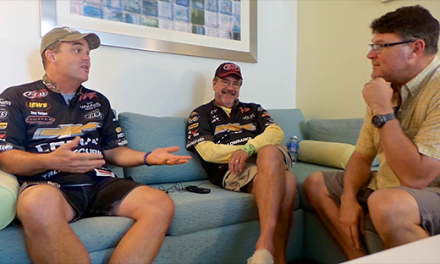 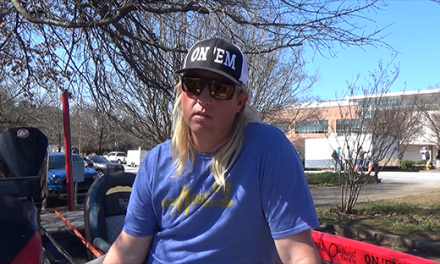 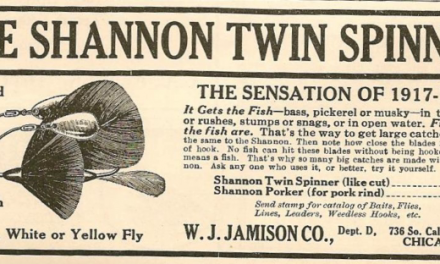 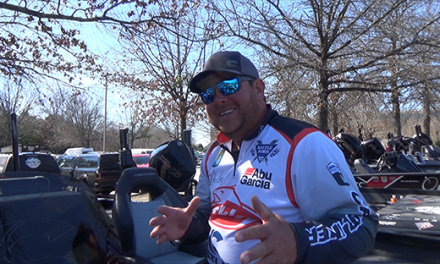