In 40 Years of the Shad Rap, we’re looking back at the meek introduction of a lure that hasn’t changed over the decades, yet its introduction in 1982 changed crankbait fishing forever.  Let’s look back to one of the first mentions of the Shad Rap in a national magazine.  There appears to be a throwaway line in the middle of the “Tackle Trends for ’83” article in the November/December 1982 issue of Bassmaster:

“The Normark Shad Rap in four colors is the result of new design that works best with light line for maximum action when cast or trolled, while maintaining depth on slow erratic retrieves.”

While author C. Boyd Pfeifer wasn’t necessarily passing judgment on the Shad Rap’s validity, readers might note that this understated introduction of Rapala’s new crankbait came amidst longer descriptions of all-time classics like the Brawley jigging spoon, the Worth Rat Tail Wriggler worm, the Whopper Stopper Herty Gerty Skirt, the Shamrock Tickle Tail skirt and the Producto Missing Link.  All baits that never made it past their 5th birthday.

By early in 1983, however, the Shad Rap’s value could not be ignored or downplayed. As this full-page ad in the May/June 1983 issue of Bassmaster indicates, the Shad Rap had the potential to be a genre-defining lure. Of course, part of this is hyperbole, but to a large extent it was true. As the ad copy indicated, only 60 of them were initially brought from Finland, and stories of the resulting success created a demand that far outstripped supply.

In a 2009 article on FLWOutdoors.com (MLF now), writer Sean Ostruszka wrote that when the lure was first introduced, “baits shops on Mille Lacs Lake in Minnesota rented out individual Shad Raps for the day for $25 – with a $25 deposit.”

The Mille Lacs lure frenzy was reminiscent of another lure-oriented stampede that occurred a little over 20 years earlier. Once again, it was a Normark product that fueled the fire – in this case the standard Rapala floating minnow. As detailed by outdoor writer Paul Cañada, the original lure’s rapid rise in popularity was bolstered by an April 1962 issue of Life magazine featuring an article about it entitled “A Lure Fish Can’t Resist.”

While the Life article likely would have created some demand no matter what, the cover story of that issue was about the death of Marilyn Monroe. “The Monroe issue was Life’s best-selling all-time issue and the Rapala lure received unimaginable exposure,” Cañada wrote.

As a result of high demand like that which later arose for the Shad Rap, “some tackle-shop owners actually rented the lures by the day instead of selling them outright,” wrote Field & Stream’s John Merwin in an article entitled “The Greatest Hunting and Fishing Gear Ever.” While the original floating Rapala has only limited applicability in most major national tournaments, the Shad Rap has remained a major player 40 years later. Indeed, Ott Defoe used one to make a run at the 2012 Bassmaster Classic on the Red River, hardly a bastion of light line. Similarly, David Fritts uses one frequently. Even Boyd Duckett, who unlike the other two is not sponsored by Rapala, calls it “probably the fish-catchingest crankbait ever made.”

What is particularly remarkable about this is that over the course of 40 years few changes have been made to the original #7 Shad Rap. Color patterns have been added or changed, as have larger/smaller and jointed versions, but the standard balsa models sold today are extremely similar to the ones that you bought in 1982 or 1983 – if you were lucky enough to get one back then.

The same cannot be true for most other crankbaits. Aficionados clamor for old-school Wiggle Warts and pay top dollar on eBay for Bagley Balsa B crankbaits from decades past, but you need not go to such lengths to obtain the lure that caused such a fury in the early 80s. It still doesn’t cast well, and many manufacturers have tried to imitate it, with varying levels of success, but you’d be hard pressed to find a pro on either major tour who doesn’t carry a few in his boat. 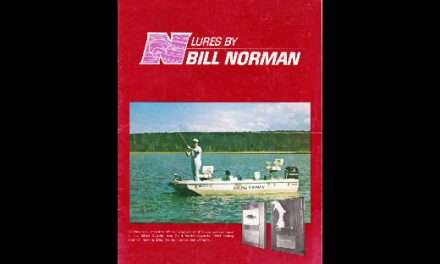 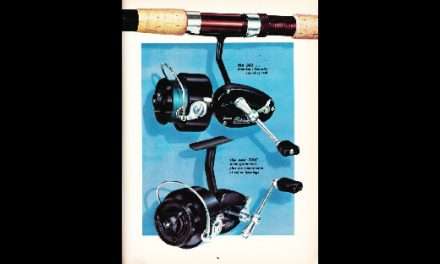 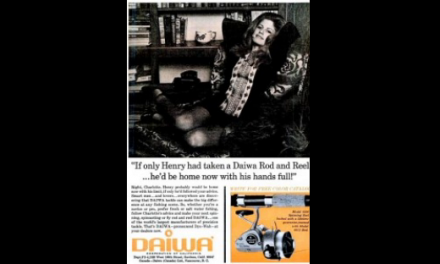