In 1973 Ray Scott held the first state team championship event where Chapters from throughout the U.S. would compete to decide the best state in the union. What he didn’t tell the anglers at the time was he was going to give a Classic birth to the best individual angler at that event.

The eventual winner and first Classic qualifier from the Federation level was Wendell Mann of Snow Camp, NC who won on Pickwick. In 1974 Charlie Campbell would jumpstart his professional career by winning the individual category on Table Rock Reservoir – thus a ticket to the Big Show.

In 1975, though, the rules changed a bit when B.A.S.S. decided to award the Classic spot to the highest-ranking individual on the winning state team. That ended up being Nash Roberts III of Louisiana. Louisiana won the event and Roberts lead the state to the championship. Overall, Roberts finished fourth in the event.

The 1976 Federation Chapter Championship would be no different. The top individual from the winning team would be given the final spot in the 1976 Bassmaster Classic. In all, 33 state teams would participate for a total of 198 anglers. The question was, would Lake Texoma be ready for them.

Based on the 1975 All-American held at Lake Texoma, the Federation anglers were excited to head to the lake and cash in on its plentiful bass population. Unfortunately, the fish either got wind of the event and high-tailed it, or decided to keep their mouths shut due to the high temperatures and lower-than-normal water level.

Over the course of three competition days, 198 anglers weighed in a total of 1,282 bass that weighed a total of 1,826-15. Of that, only five 10-fish limits were weighed. In other words, that equates to a tad over 2 fish per day per angler. Not a stellar tournament by any standard.

Tennessee Wins – Phillips to the Classic

By the end of the three competition days, Tennessee had racked up enough weight to take its second Federation Championship in four years – having won the inaugural event in 1973. It wasn’t a blowout, though, as it had been four years prior when the anglers from the Volunteer State won by more than 20 pounds. This time, Mississippi would conduct a final-round rally and miss beating the two-time champs by less than 1-1/2 pounds. Tennessee ended up with a total of 98-06 while Mississippi weighed in 97-01.

Oklahoma took the third position in the end with 91-12 and their team also boasted the number-one individual angler for the event – Don Buffalow. Buffalow weighed in a total of 17 bass for 27-12. Fourth place went to the Show Me State, Missouri, with 88-00 and Iowa finished out the top-5 with 79-04.

The big winner of the event, though, was Billy Phillips (TN) who weighed in enough bass to take top honors for Tennessee with 26-09. For his effort he would go to the 1976 Bassmaster Classic at a venue yet to be determined. Phillips took second place overall in the individual standings.

From reading the tournament reports that were presented in the February 1977 issue of Bassmaster Magazine, most of the anglers found their fish located offshore on structure in 10 to 20 feet of water. Many of the teams complained about the lack of cover or even submerged cover. The only angler I could determine who stuck it out shallow was Phillips, who caught all of his fish on his own Little Jewel spinnerbait around logjams and willow tree clumps.

Buffalow caught his fish by utilizing a 6-inch Texas-rigged worm along a drop-off in 12 feet of water. The drop-off, which ran along a ridge that went from 5 to 15 feet of water had a lot of submerged stumps located on it. Whenever he would work his bait over one of these stumps, he said he’d get bit.

Buffalow outfished each of his partners each day and credited his success to his new graphite rod. That would be the second such event this year where an angler specifically stated the new technology was worth the extra money.

Below are the final team standings for the 1976 Federation Championship along with the top 20 individual standings. In the next installment of Season at a Glance, we’ll look at the 1976 Classic Qualifiers. To read Part 1 of this feature click here and to read Part 2, click here. 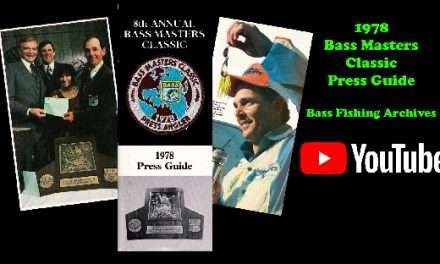 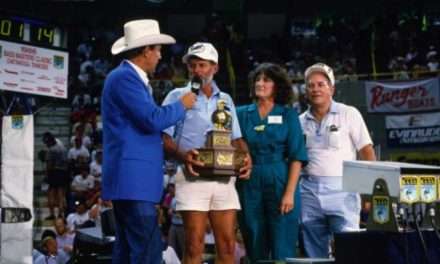 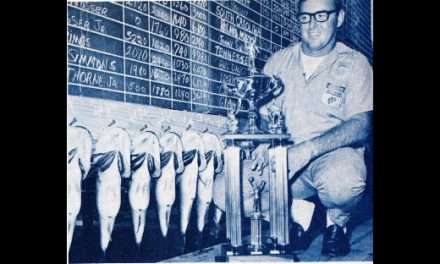 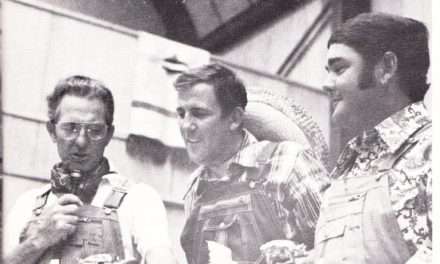