In part one of this series we covered the first half of the 1972 Bass Master Trail. Today in Season at a Glance: The Bassmaster Trail – Part Two, we’ll cover the second half of the season and look into the Classic Qualifiers.

After three events in the 1972 season, the race for the AOY was a dead heat between Roland Martin and Tom Mann, each with 100 points. Not only were Martin and Mann tied for first, but their lead of 34 points, was almost insurmountable for the rest of the field. Billy Westmorland, after three Top 30 finishes, was the closest with 66 points and Bill Dance, who’d finished in the Top 5 in the first two events, had fallen to fourth place with 65 points due to his poor showing at Ouachita. Glin Wells, with 64 points, rounded out the Top 5.

The Top 35 in the AOY race is shown below.

As with Part-One of this season’s recap, there was minimal coverage and photos placed in the Bass Master Magazines of the time.  Because of that, minimal photos were available for this piece.

The fourth event of the year had 197 anglers traveling to Watts Bar Reservoir in eastern Tennessee. Unfortunately, a severe cold snap had gripped the area followed by remnants from Hurricane Agnes, which provided high winds and varying weather during the tournament. What fish anglers found in practice has become “spotty and scattered,” according to the report by Bob Cobb.

After three days of competition, Roland Martin secured his third victory on the Bass Master trail with a final three-day total of 37-06. He also caught two of the three limits weighed for the event. Martin reported catching a number of fish on spinnerbaits fished on shallow grass beds in the morning and then switching to brushy pockets later in the day. His mid-day pattern was to fish plastic worms and Hellbenders on rocky points and bluffs. His two biggest fish came off the Hellbender.

Walt Sawicki won big fish for the event with a 7-pound largemouth. That fish was good enough to win a Ranger bass boat and trailer valued at $1,500.

Here’s some other interesting information from the event:

Bill Dance had to bow out of the event due to a conflict with filming his TV show. This would be the second event in a row Dance wouldn’t get points towards the AOY and Bass Master Classic. This took him out of the AOY running leaving the race to Martin and Mann.

Another Tennessee angler and possible AOY contender, Billy Westmorland, had to leave the event with severe back pain. Both anglers were predicted to do well at the Watts Bar event.

The Top 5 for the AOY race after the event was as follows:

The Top-35 Scorecard for Watts Bar is shown below.

The Rebel Invitational would be the fifth stop on the Bass Master Trail that year and would be known as the event “that should have been” for a few anglers. For example, Ernest Neil, the first-day leader, left a fish in the livewell, Roland Martin had a two-pounder jump out of the boat and Bob Ponds let a squeaker go for fear it wouldn’t measure up.

This was also the first event in B.A.S.S. history where anglers were awarded for their live fish. A bonus weight of one ounce was awarded to the anglers for fish that were released alive.

At the end of the final day, Arkansas angler Ricky Green had racked up 44-03 to win the event. Not only did he win but he also brought the heaviest bag in for the tournament at 23-05. Green caught his fish throwing a Pico Pop and Okiebug spinnerbait. It was his first major B.A.S.S. victory to date.

Bob Ponds, in the wake of releasing his barely-legal fish, weighed in 12-14 for a total of 43-02 and second place. Roland Martin, still on a roll, brought 39-07 to the scales over 3 days and placed third. Fourth spot went to Bobby Murray with 39-03 and Charlie Rugg finished out the Top 5 with 31-14.

The Top 5 for the Angler of the Year race were:

After missing two events, Bill Dance was still in 6th place for the year. But the race for AOY was seemingly over with Martin taking a commanding lead over Mann. Martin would have to really mess up at his new home lake, Lake Eufaula (OK), the following month in order for Mann to have a chance.

The Top-35 Scorecard for Ross Barnett is shown below.

The last tournament of the season kicked off at Lake Eufaula, OK in late September. At stake was the AOY award but also spots for the next month’s Classic. Martin, by this time, had all but sewn up the AOY award but there was still some wiggle room for Mann. If Mann won this event and Martin placed 23rd or higher, the award went to Martin. If Martin placed in the 24th spot, they’d tie and lower than that Mann would win.

The problem was Martin hadn’t placed lower than fourth all season, had already won one event and Eufaula was his new home lake. It didn’t look good for Mann.

Also of note, Martin had fished the B.A.S.S. Oklahoma National in 1970 on the same body of water and finished a, “disappointing 16th,” according the Bob Cobb’s entry in the Nov/Dec 1972 issue of Bass Master Magazine. This time he was out for revenge. Martin’s practice consisted of hiring a pilot to fly him over the lake, the study of topo maps and an, “hour-by-hour,” game plan for the tournament. In Martin’s words, “I came into the All-American better prepared than any tournament I’ve ever fished. It had beaten me two years ago and I felt it was a personal challenge.”

Okay, let’s think about this for a minute. How many Elite or MLFLW anglers would like to consistently finish with a 16th place each tournament? I think the whole lot of them would. Still Martin took that finish as a loss and was bound and determined to do what it took to beat that lake, never mind the competition.

The first day of the event Martin showed the rest of the competition just how focused he was when he brought a limit to the scales that went 30-08 – more than 10-pounds heavier than Billy Primos’ 19-11 limit.

The second day Mother Nature delivered 35-mph winds yet Martin still brought in 11-14, enough to maintain the lead. In the final round, he brought in another limit, this one weighing 20-07 (62-13 total), to win his second event of the year and essentially run away with the AOY.

Jimmy Houston weighed in 48-04 to take second place while Stan Sloan put together a 36-07 bag for third. Billy Primos weighed 36-04 to take fourth-place honors and John Dixon rounded out the Top 5 with 29-04.

The last event drew 128 anglers who caught 601 keepers that weighed 1,202 pounds 4 ounces. The Oklahoma Department of Wildlife stated that they had a 92-percent live-release rate.

The Scorecard for the All-American is shown below as well as the 1972 Bass Master Classic Qualifiers.

Harold Sharp:  Walt Sawicki caught the largest bass at Watts Bar, a 7lb largemouth and won a Ranger Boat. The rest of that story is that the bass was caught on a Big “O” which was first introduced at this event. The “Big O” was hotter than anything out there and some anglers were at this event with Big O’s for rent. You had to put up a big deposit to rent one for the tournament, which you lost if you did not return it. Walt Sawicki rented a Big O and won a Ranger boat on it, this was the “Big O” introduction to BASS Tournaments and it lasted for several years until Cordell marketed one of plastic. These Big O’s were carved from balsa wood and carried in egg cartons so they were not damaged.

Terry to Harold Sharp:  Harold, back then the original Big-O cost more money than today’s Lucky Craft baits, if you could find them. 🙂 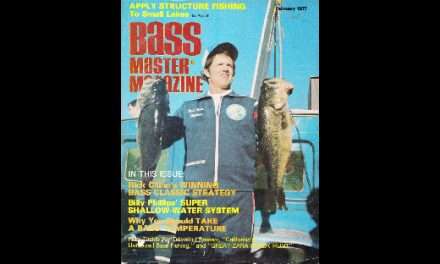 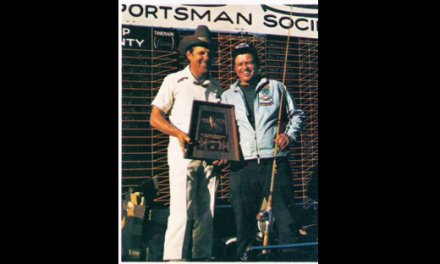 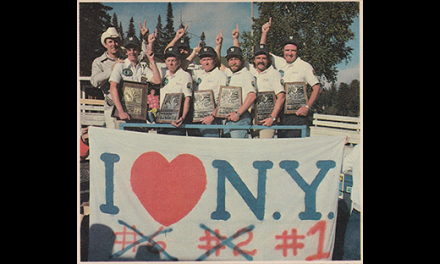 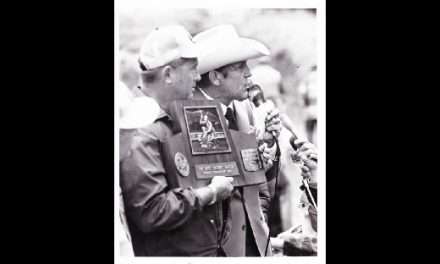