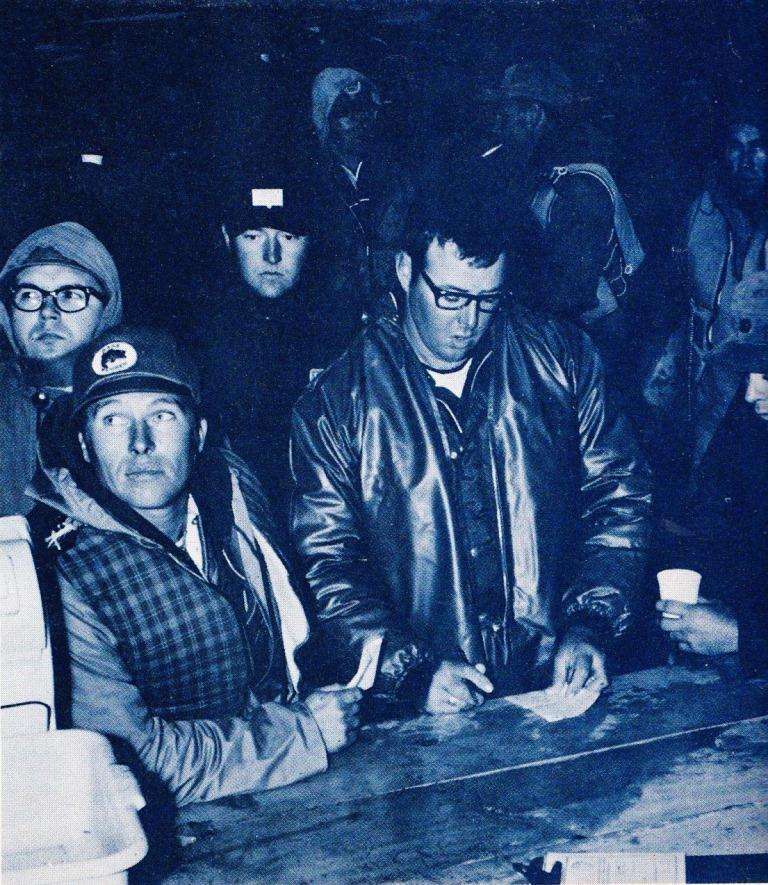 Editor’s Note: This is part two of the 1970 Bass Master Trail. To read part one, click here.

In the first part of the 1970 Bass Master Trail we covered the first three events of the season and also talked a bit about the new rookie on the tour, Roland Martin. Bill Dance had been the tour’s reigning champion since the inception of the Bass Anglers Sportsman Society with four Bass Master wins to his credit between 1968 and ’69.  It was obvious that Martin had placed a target on his head when he came to play in 1970.

The 1970 Bass Master Trail started at Toledo Bend in Texas where Martin quickly showed his dominance by placing second in his first-ever event. The second event saw the anglers move on to Lake Seminole in Georgia, where Martin would come away the winner. The third event at Ross Barnett would be a different story, though. Martin missed the event, which gave Dance some breathing room. Dance ended up the victor of the tournament.  By the end of three tournaments, Dance was in the lead for the new Bass Master Angler of the Year award by 7500 points.

That’s where things really started to get interesting. 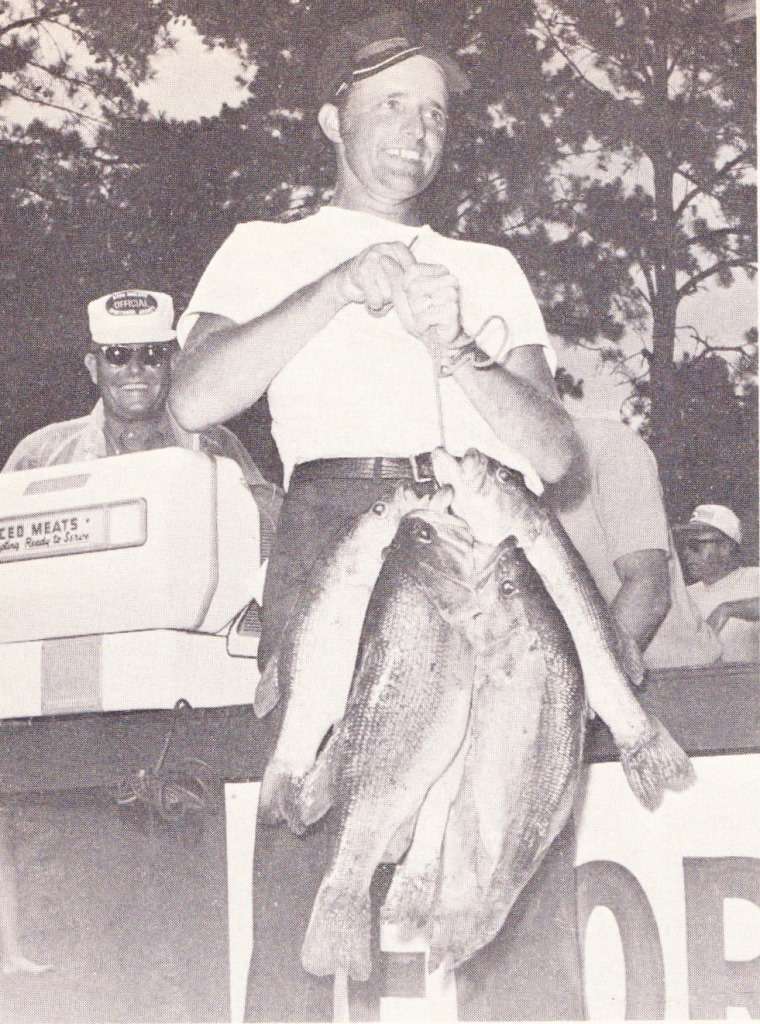 The fourth event of the 1970 Bass Master Trail was the Henshall Memorial tournament held on Walter F. George Lake (GA) or, Lake Eufaula. It was the fourth event held on the lake and since the past year, when Blake Honeycutt won with 138-06, anglers were chomping at the bit to fish.

Unfortunately heavy rains and high water prior to the tournament scattered the fish. The 108 anglers who entered would have their work cut out for them.

Bill Adair found the fish in practice that would lead him to victory. But things didn’t start out as he would have liked. Adair’s spot was located by a stump and he placed a marker on the spot for reference. Unfortunately when he came back on the first day of the tournament, he didn’t realize that his marker had floated about 100 yards off the spot. It took him two hours before he realized the mishap and when he did, he moved to the right spot and proceeded to boat 14 fish that weighed 22-12.  That was good enough for the 6th spot going into day two. Billy Lewis of Alabama was in the first position with 39-09.

Roland Martin was still giving Bill Dance a run and placed second with 94-07, while Bass Master veteran John Powell placed third with 93-06. Rounding out the top 5 were Kentucky angler Ralph Polly with 85-04 and Texas football player Harold Hays with 80-11.With his spot confirmed, Adair set out on day two to redeem himself. By the end of the day he’d boated 13 fish that pushed the scales down to 64-14, topped by an 8-01 largemouth.  That gave him the lead with 87-10. The next day Adair added another 28-12 to win the event with 116-06.

Adair’s fish all came on plastic worms and cemented the soft bait as the number-one lure in Bass Master competition. Bass Master magazine stated that, “In 18 tournaments some 47,000 pounds of bass have been weighed-in with over 41,000 falling victim to plastic worm fishermen.”

In all, 1,208 bass were weighed in for 2,940-02. Although this was one of the best “big fish action contests” to date, there were only five full limits weighed in. Clark Gable caught the big bass of the event, a 9-07 largemouth, and received $10 per pound plus a Motor Guide trolling motor.

For the top 20 see the table below. 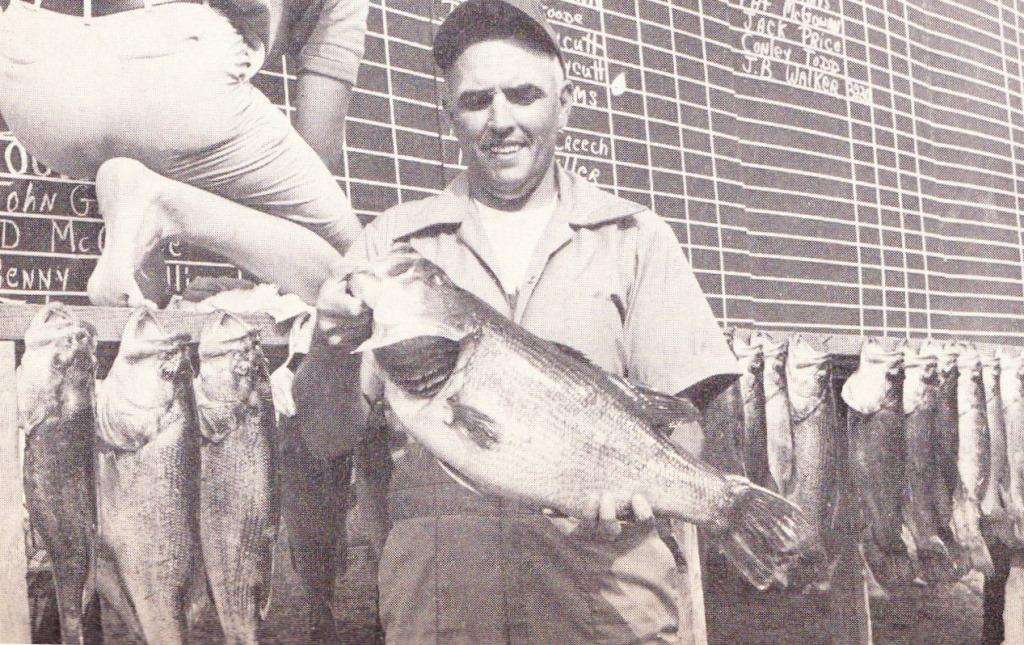 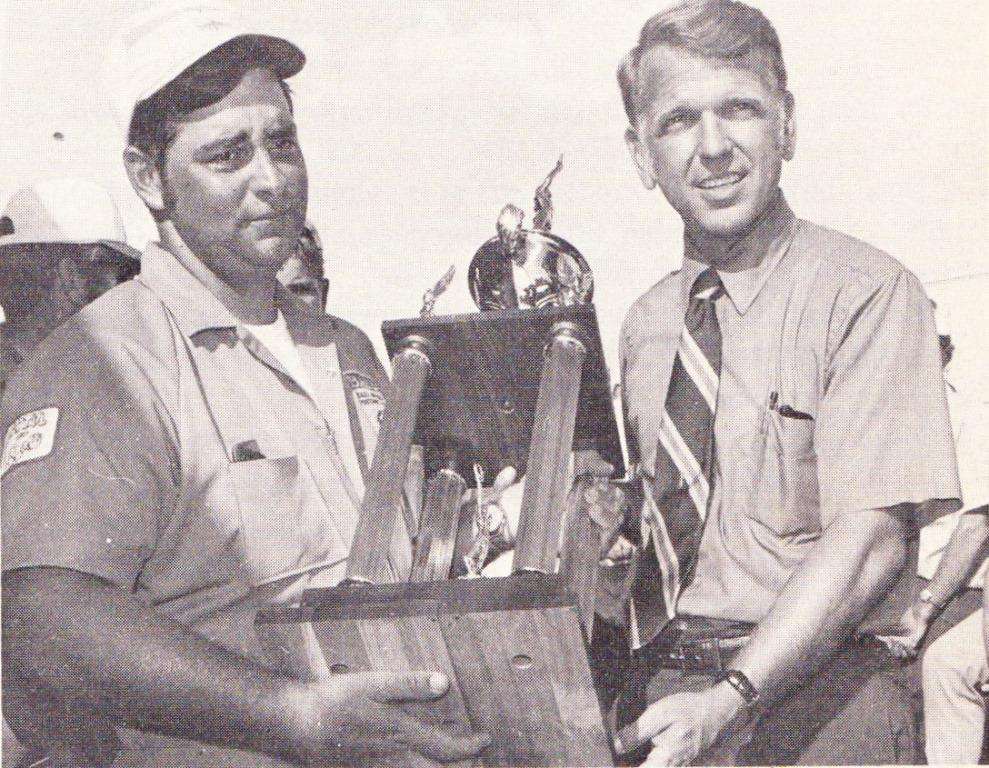 The fifth event of the 1970 Bass Master Trail was held for the first time at Oklahoma’s Lake Eufaula. Temperatures pushed well past the 100-degree mark at the event and nearly all of the 110 contestants swore the winning fish would be caught in deep water. John Hadad III’s opinion would differ, though.

Hadad won the event by nearly 13 pounds (29 fish for 82-15) fishing a plastic worm in 5 to 7 feet of water. He concentrated on stick-ups and brush he’d  located on a ridge along the North Canadian River channel. His technique was to make fast casts to the stick-ups, peel line off his reel so the bait would sink vertically and then wait for the line to move or jump. It was reported he made 3 to 5 casts a minute.

“I’d just let the bass chew on the worm, jerk it away, and mark the spot to come back when the tournament gun fired.”Another interesting thing about Hadad’s victory was his practice technique. He reportedly practiced for five days and during that time used a plastic worm without a hook.

That was pretty advanced thinking for back then and that technique is widely used in today’s competitive fishing.

The 2nd-place angler was Oklahoma resident Don Siebert with 20 bass that weighed 68-00. He also caught his fish on plastic worms. Third-place went to another Oklahoman, Ron Hagler with 67-04 and the fourth spot went to John Dixon (OK) with 62.-01. Al St. Romain (LA) filled out the top 5 with 51-09.

The heat really made the conditions difficult and the total tally proved that. Overall, the 110 pro and non-pro anglers weighed in 834 bass for 1,788-07. Big fish of the event went to Tommy Payne and Wes Woosley who both weighed in a 5-15 largemouth.

The top 20 of the pro division are shown in the table below. 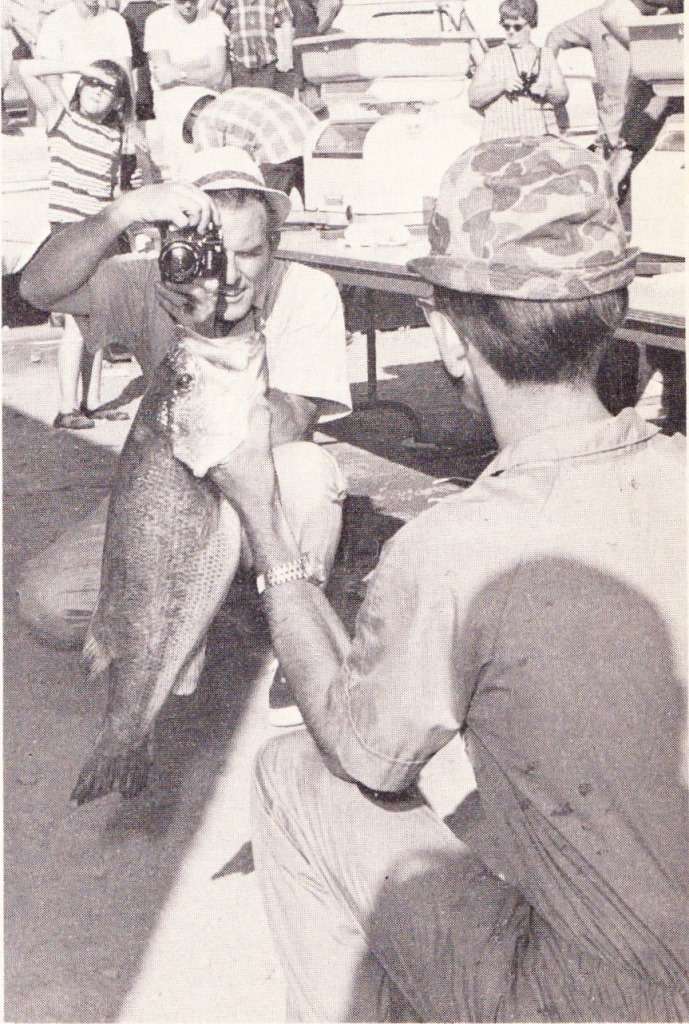 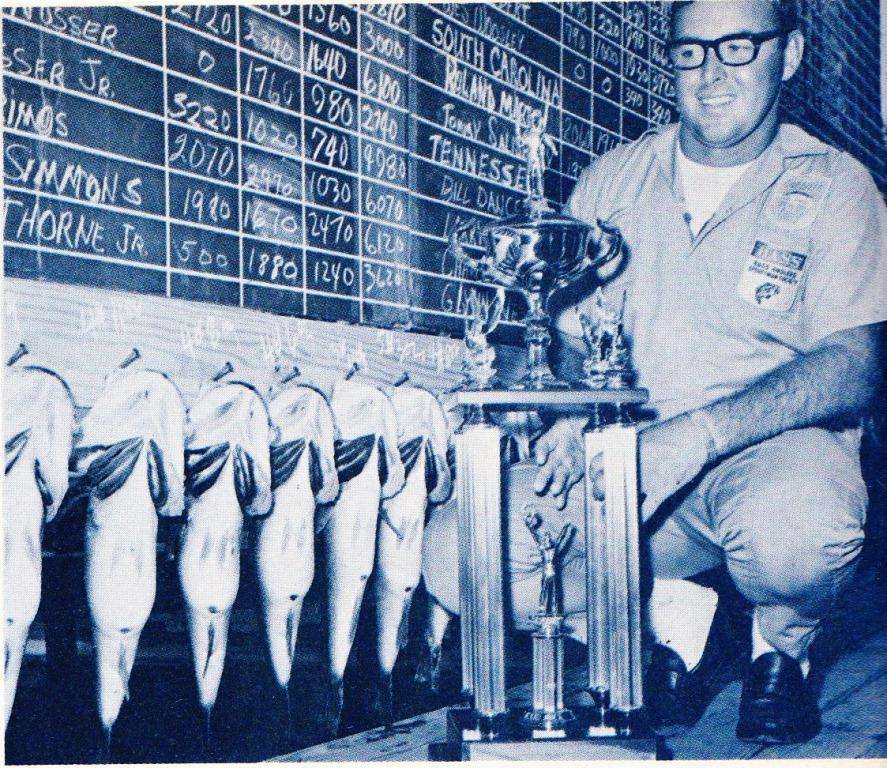 Prior to the 1970 Bass Master Trail, there was only one angler in the history of B.A.S.S. that had won more than one tournament in a season. That angler was Bill Dance. In 1968 Dance won three events – Ross Barnett, Sam Rayburn and Smith Lake (AL). In 1970 Dance had already won the Ross Barnett tournament, would he be able to win again on old Sam Rayburn?

As had happened throughout the 1970 season, bad weather hurt Sam Rayburn’s famed fishing. Wind and rain kept the fish count down to 1,379 bass and only five limits were weighed for the entire event.

Veteran B.A.S.S. angler Blake Honeycutt (NC) weighed in 38 fish for 57-02 and 2nd place, while Jimmy Harris (MS) took 3rd-place honors with 55-01. Charles LeFevor (TN) weighed in 54-02 for 4th-place and Roland Martin (SC) rounded out the top 5 with 52-12. Honeycutt reported that he caught his fish on drop offs by vertically jigging Hopkins spoons.Still, over the course of three days, Dance was able to haul in 22 fish that tipped the scales 62-06, giving him his 6th career win with B.A.S.S. It also gave him two wins on Rayburn out of three contests. Dance caught over half of his fish (12) and nearly half of his weight (30-06) on the last day of the event and jumped from 5th place to the winner’s circle. He reported catching his fish on purple plastic worms fished along a drop located on the Angelina River channel. His fish came from 27 to 45 feet of water.

Elroy Krueger (TX) weighed in the big bass of the event, a 7-05 largemouth, which netted him $80 and a new Motor Guide trolling motor. There was no report on the non-pro division so I am not sure if it was dropped after the Oklahoma National.

The top 20 are presented below. 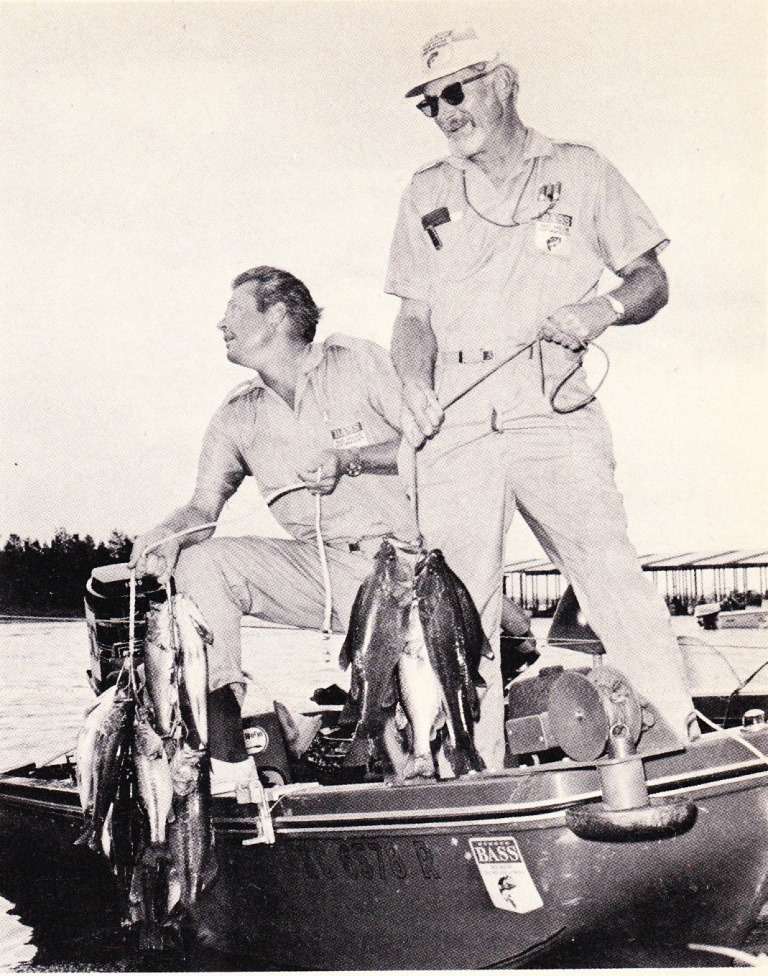 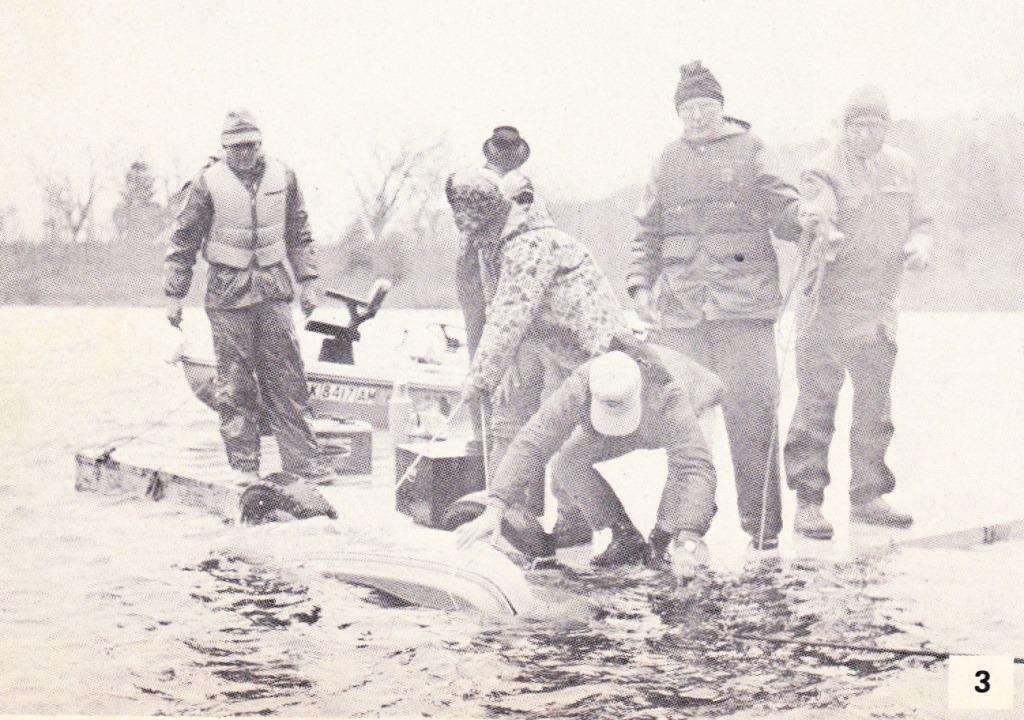 For the final event of the year, B.A.S.S. ventured to a lake never before fished on the Bass Master Trail – Table Rock Reservoir. The last event on the 1970 Bass Master Trail would greet anglers with more than adverse weather. High winds swamped at least one boat and the cold November weather was less than ideal.

In the end, it was a two-horse race between Roland Martin and Bill Dance – not just for the tournament win but for the first Angler of the Year award. It came down to the last day.

Going into the final round, Martin had a 6-06 advantage over Dance. It looked like Martin would become only the second angler in B.A.S.S. history to win more than one event in a season. Martin was first to weigh in with six fish that topped the scales at 11-05, giving him 51-15 total. Then Dance came to the scales with nine fish that weighed 18-02 totaling 52-06. Dance won by a mere 7 ounces.

For those of you who actually check my math, you might have noticed that over the course of seven events, Martin had more weight (points) than Dance. Still Dance was crowned the first Angler of the Year. It’s a bit confusing from reading the 1970 and ‘71 Bass Master Magazines. In the Jan/Feb issue the author (assumed to be Bob Cobb) specifically states, “A victory would give either the point championship.” It’s obvious from the math that Martin should have been the AOY but in another part of the article it states Dance won based on money earned ($6,635 to Martin’s $5,689) that year. In any event we have Harold Sharp working on this to straighten it up.

The 3rd-place angler was local Jimmy Winchester (AR) who weighed in 39-06. Another local, Dave Livingston (MO) captured the 4th spot with 36-13. Veteran angler Tom Mann of Alabama rounded out the top 5 with 36-03.

Alabama angler Dennis Townsend weighed in big fish for the event, a 7-13 largemouth. In all, 97 anglers caught 661 bass – a testament to how tough the event was.

An fact about this tournament was Dance and Martin practiced together. Each also reported that they caught their fish on yellow singlespins – a lure that Martin had showed Dance in practice – around brush in 2 to 5 feet of water. Dance said that everyone expected the fish to be deeper but the cloudy conditions kept the fish shallow in the flooded brush.

The top 20 for the tournament are listed in the table below. 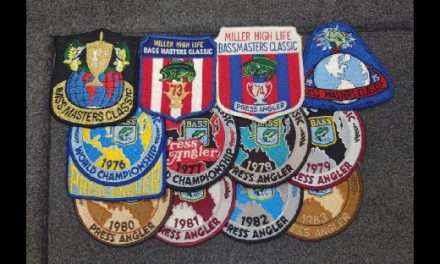 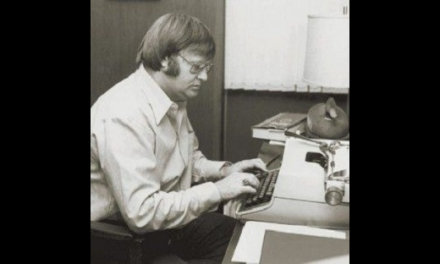 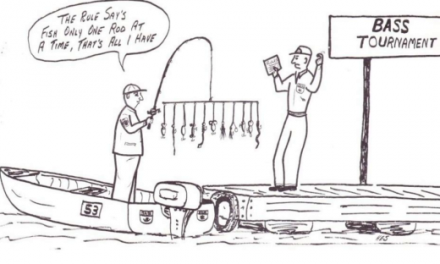 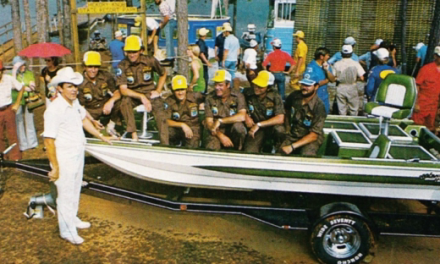